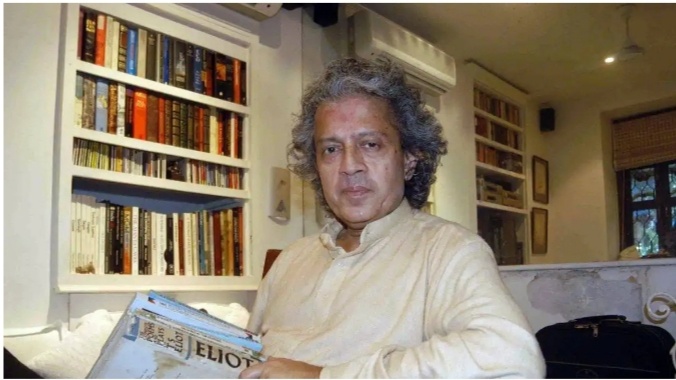 In his career spanning over five decades, Mr Dharker had been a columnist and writer, an architect, and a member of the advisory committee of the film censor board. He was also the editor of several publications including Mid-Day and The Independent. He also played an important role in opening the Akashwani Auditorium in south Mumbai as an art movie theatre.

He also wrote articles on cinema, and had been one of the foremost promoters of New Cinema, also known as the Parallel Cinema, movement in India. He also headed the National Film Development Corporation.

“Extremely saddened by the passing of the many talented Anil Dharker,” writer Bachi Karkaria wrote on Twitter. “I can safely say no other Indian Litfest curator had his deep, emotional commitment or drive. Knew him for well nigh 50 years. Flourish as much up there, dear Anil.”

In her tributes to Dharker, fellow author and columnist Shobhaa De tweeted: Goodbye dearest Anil. An elegant mind, a stylish writer, and a loyal friend. You will be missed by all those whose lives you touched. RIP.”

Lyricist and chairman of the central board of film certification (CBFC) Prasoon Joshi tweeted, “Saddened to hear about Anil Dharker passing away. Will miss and cherish the discussions we had about life. A stimulating mind, nurturer of literature and art who thrived on ideas.”

“I am extremely saddened to hear about the passing away of a lovely human being, always in his immaculate bespoke churidaar-Kurta :Anil Dharker. The ultimate intellectual liberal who made Tata Literature Live event a global brand and loved books. He loved life. We will miss him,” wrote former Congress leader Sanjay Jha.

Countless others from the media fraternity and beyond have echoed this sentiment. Journalist Barkha Dutt reacted to De’s post with shock, even as Juggernaut Books founder Chiki Sarkar said that it was “very sad”.

“I’m terribly sad to hear this news. Anil was such a good friend to us at Roli – we’ve published him and his sister, Rani. He was always a call away for help, advice, ideas. You’ll be deeply missed, Anil,” added Roli Books’ editor Priya Kapoor.