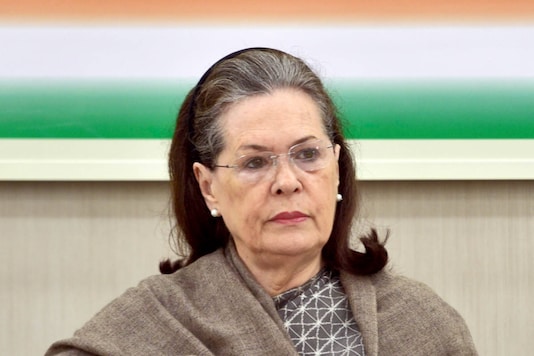 CWC Meeting: After the defeat in the assembly elections of five states including Uttar Pradesh, a meeting of the Parliamentary Strategy Committee of Congress was held today. The meeting was held at 10 Janpath under the chairmanship of Congress leader Sonia Gandhi. Along with this, there was talk of surrounding the government with the opposition. The veteran Congress leaders who came to the meeting discussed issues like return of students from Ukraine, inflation, unemployment, MSP for farmers. KC Venugopal, Mallikarjun Kharge, Anand Sharma, Manish Tewari and other Congress leaders were present on this occasion. This meeting was considered very important in view of the defeat of the Congress in five states.

It is noteworthy that this meeting took place at a time when some leaders of G-23, a disgruntled faction of Congress, had a meeting on Friday night. Manish Tewari and other leaders attended the meeting held at the house of senior Congress leader Ghulam Nabi Azad. In Uttar Pradesh, Punjab, Goa and Manipur, the Congress has not been able to do much, while in Punjab it has lost power with a bad performance.

In Uttar Pradesh, Priyanka Gandhi took charge of the election campaign, but the Congress could win only two seats. Rahul Gandhi campaigned very little in the entire UP elections. It got only 2.4 per cent of the vote in the state. In 380 seats of UP, even the security of Congress candidates was forfeited.

After the defeat of the Congress, many leaders including Kerala MP Shashi Tharoor have already demanded changes at the top level. However, senior Karnataka leaders Mallikarjun Kharge and DK Shivakumar have expressed confidence in the Gandhi family. After the defeat, many leaders in the UP Congress have also announced to leave the party. On the other hand, UP Congress electronic media coordinator Zeeshan Haider has been expelled from the party for making objectionable statements towards the leadership.

It is worth noting that the Congress, which is trapped in factionalism and infighting in Punjab, has suffered a crushing defeat. Aam Aadmi Party has made a big bang by winning 92 seats there. Congress has been reduced to just 18 seats. State Congress President Navjot Sidhu and Chief Minister Charanjit Singh Channi have themselves lost the elections. In UP, the Congress has stopped on just two seats. In Uttarakhand, the exit polls also showed the possibility of a tough fight for the Congress with the BJP. But when the results came, the Congress was left far behind. The same fate happened to Congress in Goa as well. In Manipur too, the Congress was reduced to just five seats.