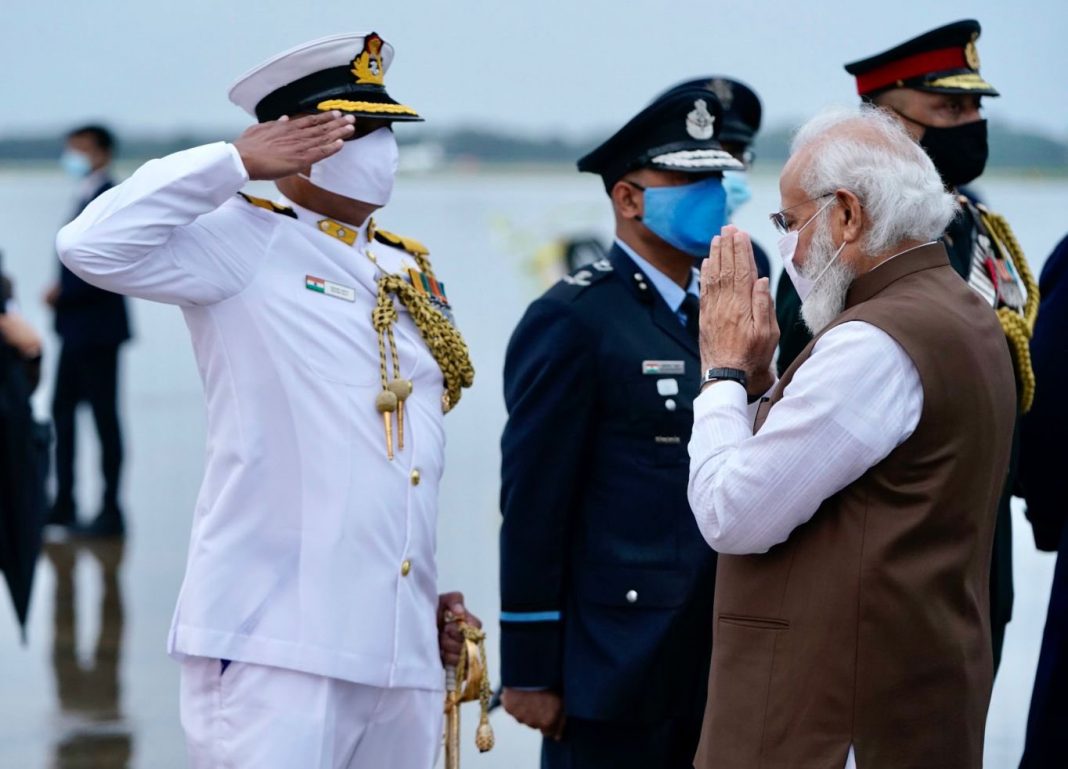 Prime Minister Narendra Modi is on a three day official visit to the US. Vice President Kamala Harris will meet Prime Minister Modi on September 23.

Harris is the first-ever person of Indian origin to be elected as the vice-president of the United States.

PM Modi will hold the talks with US President Joe Biden at the White House on Friday followed by the Quad leaders’ summit. This will be the first in-person meeting between the two leaders after Biden took over as the US President in January this year.

On Thursday, PM Modi will meet the CEOs of five major companies – Qualcomm, Adobe, First Solar, General Atomics and Blackstone. He will then meet Australian Prime Minister Scott Morrison at the Willard Hotel around 11 pm (IST).

PM Modi is visiting the US for the 7th time after assuming office in 2014. The Prime Minister said that this visit would be an occasion to strengthen the Indo-US Comprehensive Global Strategic Partnership and consolidate ties with Japan and Australia.

“Landed in Washington DC. Over the next two days, will be meeting @POTUS @JoeBiden and @VP @KamalaHarris, Prime Ministers @ScottMorrisonMP and @sugawitter. Will attend the Quad meeting and would also interact with leading CEOs to highlight economic opportunities in India,” Modi tweeted.

Meanwhile, PM Modi received a warm welcome from some members of the Indian community at Joint Base Andrews in Washington DC. PM Modi was greeted by a crowd of Indian Americans, who were chanting his name and waving the Indian flag, reported ANI.

More than a hundred members from the Indian-American community gathered at the air force base to welcome Prime Minister.

“Grateful to the Indian community in Washington DC for the warm welcome. Our diaspora is our strength. It is commendable how the Indian diaspora has distinguished itself across the world”, PM Modi tweeted after receiving warm welcome.