PM Modi will participate in the G20 summit tomorrow, President of Italy has given an invitation 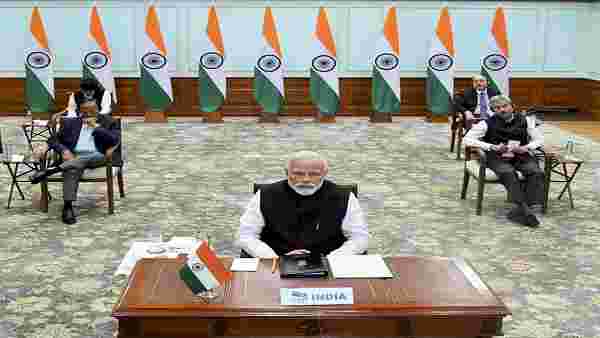 The Extraordinary meeting between the leaders of the world’s 20 largest economies was announced by Italian Prime Minister Maria Dagri on 29 September. This meeting will be preceded by the virtual meeting between the G-20 leaders on 30 and 31 October. The Indian Ministry of External Affairs said that the G-20 comprises 20 major economies of the world and is an important forum to help build international consensus. In which the Afghanistan crisis will be raised prominently. At the same time, according to a report by the news agency Reuters, Draghi recently appealed to Russian President Vladimir Putin and Chinese President Xi Jinping to help Afghanistan and to face the crisis that will come in the coming times. There was a demand to organize a special meeting.

The G-20 countries account for 85 percent of the world’s economy and India is a major member. At the same time, this time in the G-20 summit, special attention will be given to eradication of terrorism. At the same time, human rights and the poor condition of women in Afghanistan will be discussed and the Taliban will be asked to form a government in which all sections are present. In addition, special attention will be paid to the human rights of women. European countries have also expressed deep concern about terrorism and the influx of migrants from the Afghanistan crisis.