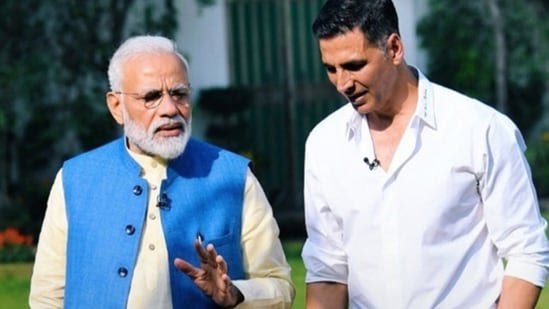 In the letter, PM Modi lauded Akshay’s parents for raising a son like him. He also called him ‘one of India’s most admired and versatile actors.’ He also shared that he spoke with Akshay on the day of his mother’s death.

The actor shared a picture of the letter on his social media handles and wrote: “I’m humbled by the condolence messages on my mother’s death, and I’m grateful to everyone. I am grateful to the honourable Prime Minister for taking the time to express his sincere emotions for my late parents and me. These soothing words will stay with me for the rest of my life.”

Aruna Bhatia died on September 8. She was admitted to Mumbai’s Hiranandani Hospital on September 3 and was in a critical condition. The actor shared the news on Twitter. He wrote, “I feel an unbearable pain at the very core of my existence.” Akshay had flown down to Mumbai from London after his mom’s health deteriorated.

After performing the last rites of his mother, he has now gone back to London with his family to fulfill work commitments.