The charge sheet filed today, however, does not have names of Umar Khalid and Sharjeel Imam 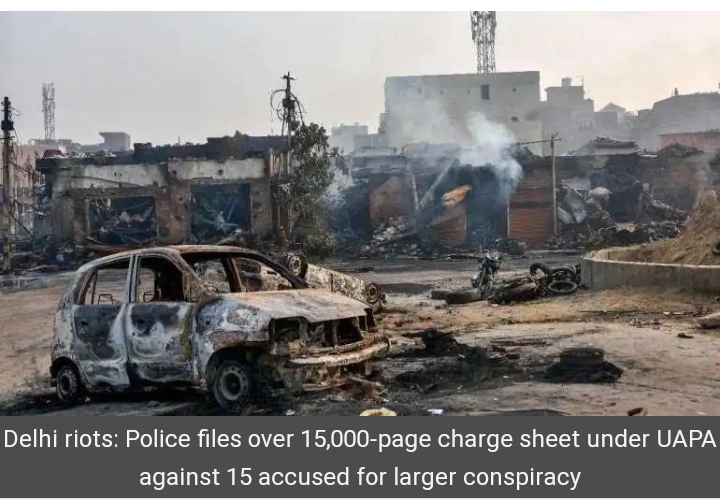 The special cell of the Delhi Police on September 16 filed a chargesheet under various sections of the Unlawful Activities (Prevention) Act, Arms Act and the Indian Penal Code (IPC) against 15 accused involved in the northeast Delhi riots in February. The chargesheet filed at a city court is over 10,000 pages.

The police have listed 747 witnesses and of them, 51 have recorded their statements under CRPC 164 (before the magistrate), news agency PTI reported.

The charge sheet filed today, however, does not have names of Umar Khalid and Sharjeel Imam as accused as they were arrested a few days ago. Their names will be included in the supplementary charge sheet.

Communal clashes had broken out in northeast Delhi in February, weeks after the Citizenship Amendment Act was passed by the Parliament, leaving at least 53 people dead and around 200 injured. In their attempt to prevent violence, 108 police personnel received injuries and two died.

So far, police have arrested 1,575 people in 751 cases. Over 250 chargesheets have been filed in the riots related cases in which 1,153 accused have been charge-sheeted.