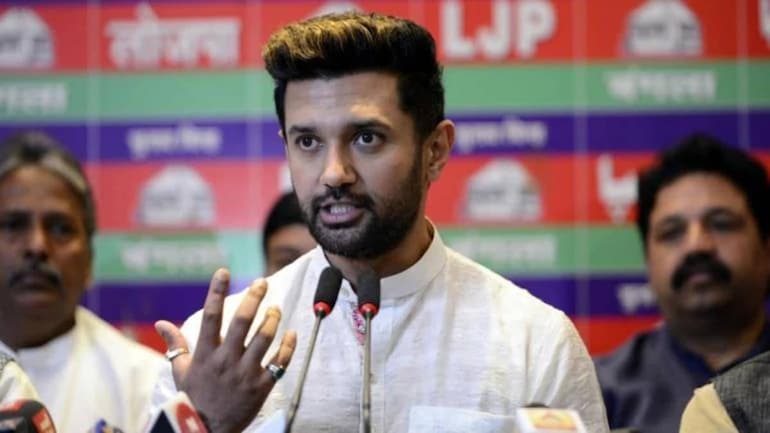 The Lok Janshakti Party (LJP) is going through its worst phase. After the death of former Union Minister Ram Vilas Paswan, the command of the party is in the hands of his son Chirag Paswan, but now there has been a big split in the party. Not only this, LJP has now elected Pashupati Paras as its leader in the Lok Sabha instead of Chirag Paswan.

Five MPs, according to sources, have joined hand against the party president Chirag Paswan.

The five Lok Sabha members include Paswan’s uncle Pashupati Nath Paras and cousin Prince Raj. The other three are Chandan Singh, Veena Devi and Mehboob Ali Kaiser. The five have written to Lok Sabha Speaker Om Birla, asking him to recognise Paras as the leader of the Parliamentary Party instead of Mr. Paswan.

On Monday, not meeting Chirag Paswan, Pashupati Paras along with his MPs met Lok Sabha Speaker Om Birla. The speaker has been handed over a letter in the name of Paras for the LJP leader in the Lok Sabha, which has the support of 5 out of 6 MPs. In this way, now the dominance of Pashupati Paras has been established over the party.

Chirag Paswan had reached his uncle Pashupati Paras’s house to meet him, but despite playing the horn of the car for a long time, the gate was not opened, while Chirag was driving. Paras had already left the house. Later, the main door of Pashupati Paras’ house was opened for Chirag Paswan, but he did not get entry in the house. He sat in the car and waited to meet his uncle.

‘No enmity with Chirag Paswan’ –

Rebel MP Pashupati Paras came forward on the split in LJP and said that 5 out of 6 MPs of our party want to save the party, I have not broken the party. He said that Chirag Paswan is my nephew and the president of the party and I have no caliphate against him.

In the speculation of going to JDU, Paras said that this is completely wrong, he said that LJP is my party and our organization is very strong in Bihar. He said that we are with NDA at the Center and this alliance will continue even further.

According to the information, the LJP MPs have adopted a rebellious stand against Chirag. The major reason for this is believed to be the decision to separate from the NDA and contest the Bihar Legislative Assembly elections. There was a plight of the party in the Bihar elections and Chirag Paswan’s party, who contested alone, had to face it.