All-party meeting will be held on November 28 before the winter session of Parliament, PM Modi may also attend 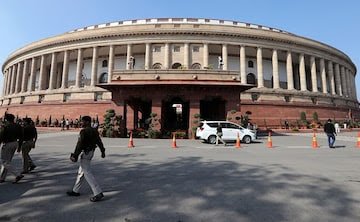 The Lok Sabha Secretariat had recently said in a statement, “The seventh session of the 17th Lok Sabha will begin on November 29, 2021. Subject to exigencies of official business, the session is likely to conclude on December 23, 2021.” At the same time, the Rajya Sabha had also issued a similar order.

The proceedings of both the Houses of Parliament – Rajya Sabha and Lok Sabha will run concurrently and MPs will have to follow the rules of social distance. This session also assumes significance as it is being organized ahead of the assembly elections in five states, including Uttar Pradesh, which is considered politically very important.

Inflation, hike in petrol-diesel prices, increase in edible oil prices, terrorist attacks on common people in Kashmir, Lakhimpur Kheri violence that killed farmers are among the issues that need to be cornered by the government during the winter session. likely to be taken up by the opposition.

Parliament monsoon session was hit by an uproar by the opposition, which sought a response from the government on the Pegasus espionage issue and the repeal of three agricultural laws.