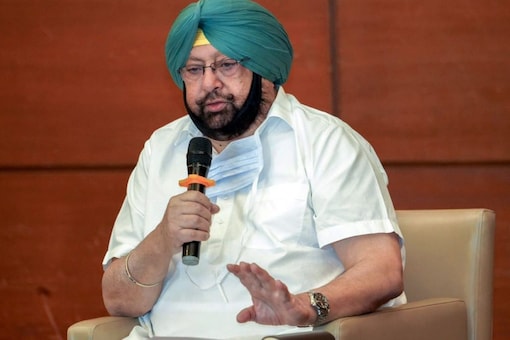 Former Punjab Chief Minister Amarinder Singh has announced to contest the Punjab Assembly Election 2022 from Patiala. Captain Amarinder Singh has given information about this on his Facebook page. Amarinder has said that his family has been related to Patiala for nearly 400 years and he is not going to leave Patiala only because of Navjot Sidhu. The former CM had earlier said that he would contest and defeat Sidhu from where Sidhu would stand in the Punjab Assembly elections.

Amarinder Singh has indicated an alliance with the BJP in the Punjab Assembly elections. He says that soon there can be an agreement with the BJP regarding the sharing of seats. After the announcement of the withdrawal of all the three agricultural laws by the central government, the path of partnership between the two parties is also seen opening.

Amarinder Singh also thanked the central government for this step. The BJP has had a long alliance with the Akali Dal in Punjab in the past. The BJP has had a good influence among the Hindu voters in the urban areas of Punjab. However, the party’s prospects in Punjab have suffered a major setback after the farmers’ agitation over agricultural laws.

It is known that there have been sharp differences with Amarinder Singh with State Congress President Navjot Sidhu. After the mobilization of Congress MLAs against Amarinder Singh, the Congress high command had called a meeting of the legislature party. However, not seeing the stand of the MLAs in his favor, Amarinder had resigned before the post.

Captain Amarinder Singh said that Patiala has a relationship of more than 400 years with his family. He has been MLA from Patiala seat four times. While his wife Preneet Kaur has represented this seat from 2014 to 2017. Amarinder Singh had reportedly told Sidhu that he would lose the election badly this time.

Like in the year 2017, the fate of JJ Singh, who fought from BJP, was defeated by more than 60 thousand votes and he got only 11.1 percent votes. His bail was also forfeited. In response, Sidhu had said that Punjab is his soul and the soul of Punjab is Guru Granth Sahibji. Our fight is for justice and for punishing the guilty. Assembly seat doesn’t matter for this.