Amit Shah to visit Uttar Pradesh on November 12 and 13 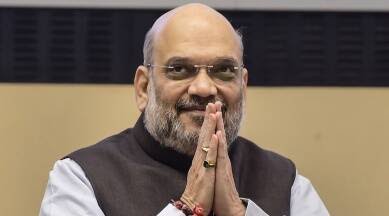 Union Minister of Home Affairs Amit Shah will set out on a two-day visit to poll-bound Uttar Pradesh on Friday. He will tour eastern Uttar Pradesh.

At Deendayal Hastkala Sankul (Trade Centre and Museum) in Varanasi, he will conduct a meeting on election strategy and preparedness with BJP leaders on November 12. The Uttar Pradesh Assembly election is scheduled to be held early next year.

The Home Minister will also attend the National Official Language Programme in Varanasi and will then visit Azamgarh on November 13. He is also expected to visit Lucknow on November 21.

On October 29, HM Shah had visited Lucknow to flag off the mega BJP membership drive ahead of the UP polls. While addressing the membership drive, he had countered Samajwadi Party’s taunt on the deadline for Ram Mandir stating “foundation for temple has been put.”

The ruling BJP is fighting under the leadership of its incumbent Chief Minister Yogi Adityanath. While SP chief Akhilesh Yadav has announced that he will not fight the polls personally, the party is expected to ally with smaller political parties for the 2022 Assembly polls. Mahan Dal, NCP, SBSP are some of the names that have emerged. Meanwhile, BSP’s Mayawati has already announced that her party will fight polls alone in UP and Uttarakhand, and with Akali Dal in Punjab. Congress has campaigned under the leadership of Priyanka Gandhi in the state, aiming for its solo return.