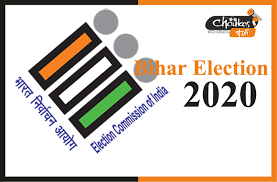 The first phase of Bihar will be crucial for Jitan Ram Manjhi in the NDA as he had breaked ties with the Grand Alliance. JDU has given total seven assembly seats to Jitan Ram Manjhi’s party Hindustan Awam Morcha out of its quota, out of which six seats are to be held in the first phase itself.

These include also the seats of Samadhin and Damad.

Jitanram Manjhi’s Hindustan Awam Morcha has got seven seats in seat sharing in Bihar. These include Tikari, Imamganj, Barachatti, Makhdumpur, Sikandra, Kasba and Kutumba seats, out of which 5 seats are reserved for Scheduled Castes while Tikari and Kutumba are for general castes. Not only this, all the 6 seats except Kutumba are to be voted in the first phase i.e. on October 28.

Jitan Ram Manjhi is the only MLA in seven seats won by Nitish Kumar’s quota. Notably in 2015, Manjhi won from Imamganj seat. At the same time, his Samadhin Jyoti Devi is contesting from Barachatti seat and Devendra Kumar, his son-in-law from Makhdumpur seat. Former minister Anil Kumar is trying his luck before Techari.