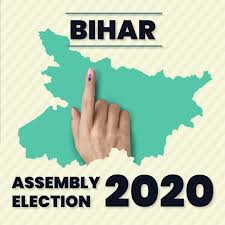 The Rashtriya Janata Dal or grand alliance or ‘Mahagathbandhan’ in Bihar on Saturday released its manifesto for the upcoming Bihar assembly elections.

Congress leader Randeep Singh Surjewala said that ”if elected to power, the ‘Mahagathbandhan’ will present a bill to scrap the three farm bill brought by the NDA government”.

“If we form the government, under the leadership of Tejashwi Yadav, we will pass a bill in the first Vidhan Sabha session to scrap the three anti-farm laws,” Randeep Singh Surjewala was quoted by ANI as saying.

As per the manifesto of the Mahagathbandhan– Jobs will be given to 10 lakh youth in the first cabinet meeting, expense of candidate appearing for government examination will be borne by the government, infrastructure will be made world-class, a Bill will be brought in Bihar in the first Vidhan Sabha session to scrap the three “anti-farm laws”.

Tejashwi Yadav said, Bihar has a double engine government. Nitish Kumar has been ruling the state for the last 15 years but it has not been given special category status.

He said in a sarcastic manner that Donald Trump will not come from America and give special status to Bihar.

The RJD leader said, ” today is a very special day. Today is the first day of Navratri. On this auspicious occasion, we have issued our resolution letter. We will give employment to 10 lakh people. If the public gives a chance, the first signatures in the first cabinet will be about jobs”.