Bihar: Liquor ban law will continue in Bihar as before 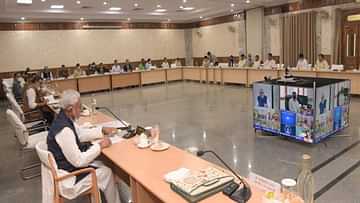 Chief Minister Nitish Kumar meeting regarding liquor ban in Bihar has ended. In the marathon meeting that started at 11 am on Tuesday, CM Nitish Kumar discussed each and every point. In the meeting, from the ministers of the Bihar government to the officers and the DM-SP from the districts were all involved. In the review meeting on prohibition of liquor, it was decided that the prohibition law would remain in force in the state. Also, it will be followed more strictly. Illegal traders of liquor will be continuously raided and a campaign will be launched against them.

On the recovery of liquor, the local police station and watchman will be arrested. In whose area liquor is recovered, then their police station will go. Also, having a direct role will have to be deprived of Thanedari for 10 years. However, the DGP said that show-cause will be done not only on the Thanedar but also on the officers.

Now the watchman will have to be active and inform the police stations about the availability of alcohol in the village. If the watchmen are not able to do this, then action will be taken against them. Along with this, it will be reviewed every other day at the level of Police Headquarters. Police and Excise Department officials will sit together and review it.

After the meeting, Home Secretary Chaitanya Prasad told that the CM has ordered to take strict action on receipt of complaints from government employees and officials. Along with this, special emphasis has been given on propaganda to prevent people from drinking alcohol. Along with this, special measures have been added to stop the liquor coming from Jharkhand, Uttar Pradesh, West Bengal. It has been decided in the meeting that the District Secretary in-charge will have to visit the area continuously. Also, there will be a review meeting in every district of Bihar every 15 days. Along with this, the border will be blocked if alcohol is found in the border area. In the meeting, it has also been decided to form a central team for raids.