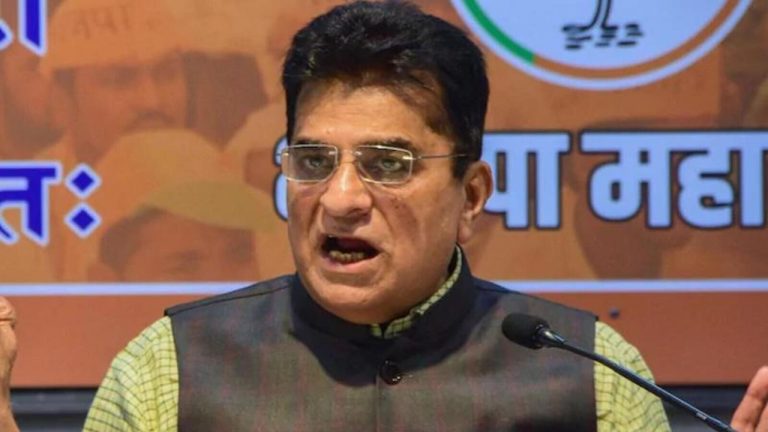 Kirit Somaiya, the leader of the Bharatiya Janata Party, was detained at Karad Railway Station on his way to Kohlapur early on Monday and taken to the Circuit House there.

The Kolhapur District Collector had issued prohibitory orders against him and enforced Section 144, prohibiting gatherings on September 20 and 21.

Somaiya was scheduled to visit the properties owned by Maharashtra Minister Hasan Mushrif in which he claims corruption has taken place.

Collector Rahul Rekhawar said Somaiya had been prohibited from entering the district “in view of the threat to his life and possibility of law and order situation due to his visit”.

On Sunday, the former MP alleged that he was detained at his residence in Mumbai in a bid to bar him from leaving his house. Hitting out at the Uddhav Thackeray-led Maharashtra government, he wanted to know who had given orders to restrict his movement beyond Mumbai.

Somaiya took to twitter and said the Thackeray government was indulging in ‘dadagiri’ (highhandedness) and putting curbs on his movement even within Mumbai. He added Mulund police, under whose jurisdiction his Mumbai residence fell, wanted to arrest him but did not have a warrant or order in this regard.

“Thackeray Sarkar Dadagiri, Notice is for Kolhapur District NO ENTRY, but not allowing Me to move out from My House. Not allowing to go for Ganesh Visarjan. Mulund Police wants to ARREST Me, but No Warrant, No Order…it’s total illegal,” he wrote.

Opposition leader and former Maharashtra CM Devendra Fadnavis lambasted the Uddhav Thackeray-led government. “we will continue our fight against the Maharashtra government”, Fadnavis had said oppose the ‘illegal detention’ of Somaiya.