Congress Cancels Rallies In UP 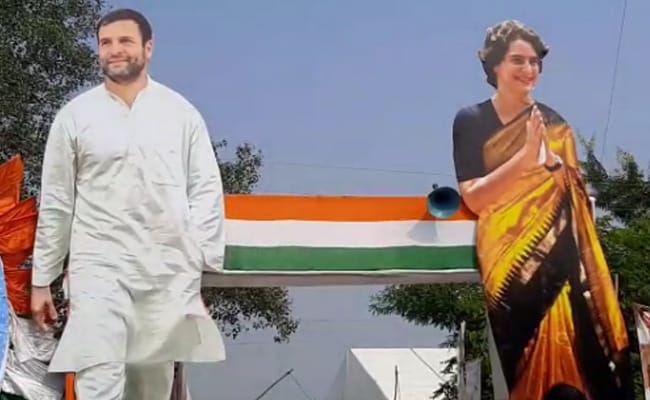 The Congress party, which is busy campaigning for the Uttar Pradesh assembly elections, has canceled all its election programs. This decision has been taken after hundreds of girls and women without masks participated in the Congress’ ‘Ladki Hoon, Lad Sakti Hoon’ marathon in Bareilly, UP and a stampede-like situation took place.

At the same time, the Chief Minister of the state Yogi Adityanath has also canceled the rally to be held in Noida on Thursday. It is being told that this decision has been taken due to the increasing cases of corona in Noida. Noida has recorded the highest number of corona cases in the entire state.

News agency PTI quoted District Information Officer Rakesh Chauhan as saying, “During the program, the Chief Minister was supposed to distribute tablets and smartphones to about 2000 students of Meerut Mandal. During this, the Chief Minister was about to inaugurate and inaugurate projects worth about Rs 400 crore for Noida Authority and about Rs 600 crore for Greater Noida. ”

However, it is not yet clear whether the BJP, like the Congress, will cancel all its election programs. Because thousands of people are reaching election rallies, it is difficult to ensure the Covid-19 protocol. In India, the gathering of such a crowd in the midst of increasing cases of the new variant of the corona virus, Omicron, is a cause of concern.

On Tuesday, scary videos were revealed from the Bareilly Marathon of the Congress, in which thousands of women and girls reached without masks. In the marathon being organized in many cities, even before the Covid protocol was seen flouting. When the marathon was started in Bareilly on Tuesday, the girls ahead slipped and fell after that, one by one, about 15-20 girls fell on the road. Three girl students were injured in this.