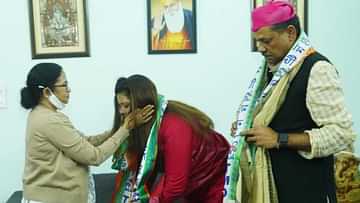 Congress leader and former MP Kirti Azad joined Trinamool Congress. Along with him, former Haryana Congress President Ashok Tanwar also joined TMC. Kirti Azad was in BJP before Congress and reached Parliament in 2014 Lok Sabha elections. But he was suspended due to anti-party activities. In 2018, he joined the Congress.

At the same time, Ashok Tanwar was the President of Haryana Congress. In the 2019 Haryana assembly elections, Ashok Tanwar had left the party after he had alleged money transactions for ticket distribution. In February this year, he formed a party named ‘Apna Bharat Morcha’.

Kirti Azad, formally taking the membership of TMC, said, “I will retire now under the leadership of Didi. Didi has fought the battle of politics by getting down on the ground. I am a sportsman, I have no caste, I have no religion. To maintain the unity and integrity of the country, I will fight with Didi.”

Former JDU leader and Rajya Sabha MP Pavan Verma joined TMC before Kirti Azad and Ashok Tanwar. He joined TMC in presence of Mamata Banerjee. During this, Pavan Varma said that in view of the way Mamata Banerjee is working in Bengal, I have decided to join TMC. Pavan Varma has been an advisor to CM Nitish Kumar; in 2020 he was expelled from the party. He was continuously opposing CAA, while JDU supported CAA.