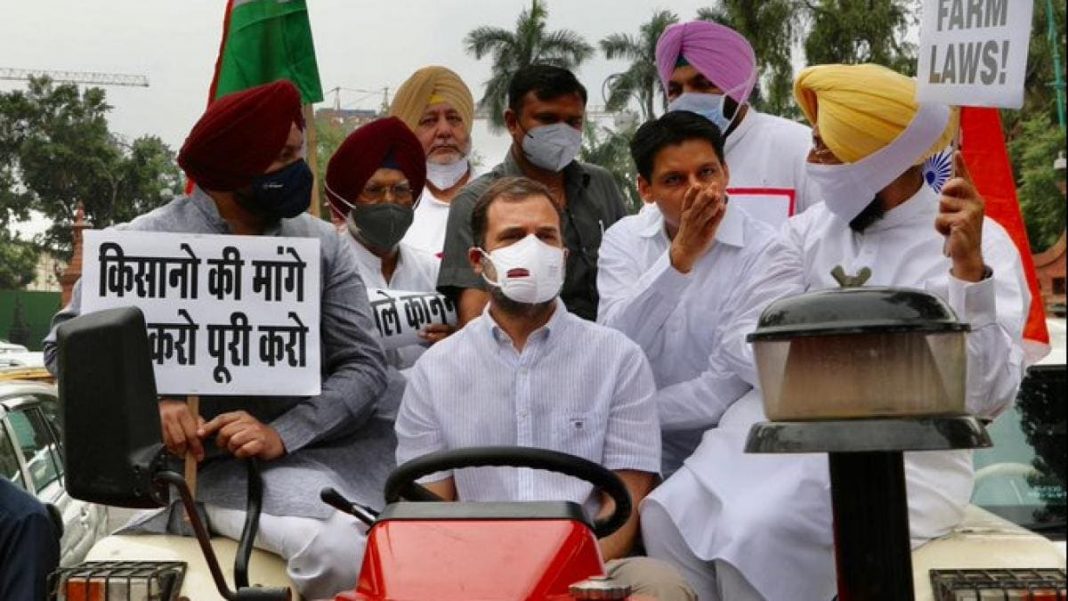 Congress MP Rahul Gandhi once again made headlines on Monday amid the continuous uproar in the Monsoon Session of Parliament. Rahul Gandhi reached Parliament House on Monday driving a tractor, he opposed the agricultural laws. But the special thing is that the Delhi Police later confiscated this tractor itself.

Actually, section 144 remains in force in this area due to the monsoon session of Parliament. In such a situation, without any prior information, Rahul Gandhi had reached Parliament House by driving a tractor like this. Rahul Gandhi then went to the Parliament House, but later the Delhi Police arrested Congress leaders Randeep Surjewala, Srinivas B.V. taken into custody who have now been released.

According to Delhi Police sources, 6 people of Congress were detained. After being taken into custody, Randeep Surjewala said that he would cooperate with the police but would not apply for bail.

Apart from this, the Delhi Police also took that tractor in its possession. According to Delhi Police sources, permission for this demonstration was not taken from the Congress party. Also, there was no number plate on the front or rear of the tractor.

The ruckus has been going on for the last one year against the agricultural laws brought by the central government. Demonstrations are being done by the farmers at different borders of Delhi, while now the Jantar Mantar Kisan Sansad has been held in Delhi.

Till the Monsoon session lasts, the Kisan Sansad will be run by the farmers at Jantar Mantar. During this, about 200 farmers are allowed to live here.

Significantly, the Congress party is also continuously protesting against the agriculture law. There is a ruckus in the Parliament also by the Congress. On Monday, Rahul Gandhi also made a statement that the government will have to withdraw all three agriculture laws, this is the voice of farmers.