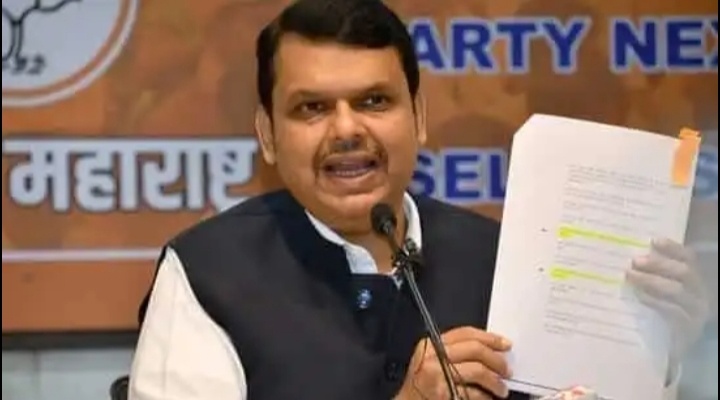 Maharashtra Home Minister Anil Deshmukh, who is accused of corruption and whose resignation has been demanded by the opposition BJP, met Chief Minister Uddhav Thackeray on Tuesday night.

The meeting, which lasted for nearly an hour, took place at Mr Thackeray’s official residence.

Earlier on Tuesday, Union Minister Ravi Shankar Prasad launched a blistering attack on Mr Deshmukh, and accused him of extorting money for police transfers to positions of power.

“The Home Minister of Maharashtra is extorting money for transfers and postings. Was the minister taking money for himself, his party, or his government is yet to be known,” Mr Prasad said.

After the meeting, Fadnavis said that the governor should ask the chief minister what action has been taken on the issue of extortion and transfer racket. “CM Uddhav Thackeray has maintained silence on the entire political crisis. We have requested Governor to make him speak and seek a report from him,” said the former chief minister.

Over the last few days, BJP leaders and workers have staged protests in various cities demanding resignation of the Home Minister, and the Rajya Sabha was adjourned till 2 PM on Monday following an uproar in the House over the allegations. Fadnavis had also recently demanded Deshmukh’s resignation over Param Bir Singh’s allegations

Several ongoing issues including Singh’s Supreme Court challenge to his transfer to the Home Guards department and DG Maharashtra State Security Corporation (MSSC)’s leave after expressing unhappiness over Maharashtra DGP Rajnish Sheth’s appointment to his post are likely to be discussed. This will also be the first meeting after the Sachin Waze episode came to light.