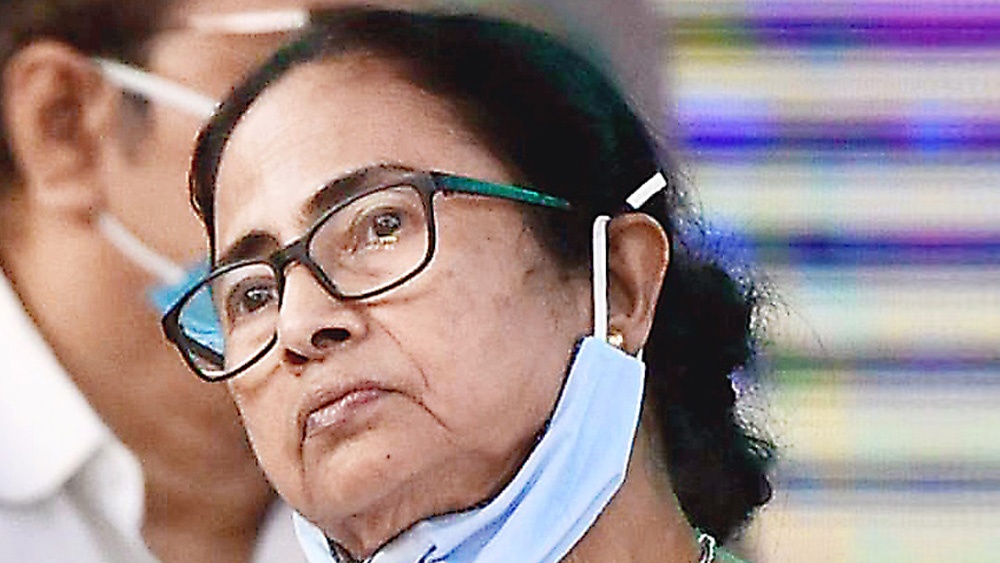 Ramakant Chaudhary | New Delhi: Trinamool Congress (TMC) Mamata Banerjee is playing hardball with the Congress as she seems to sideline the grand old party and position herself to be a key face of the Opposition against the Modi-Shah led Bharatiya Janata Party (BJP) dispensation. Barely a few days back Banerjee sounded death knell for the Congress when she standing beside Nationalist Congress Party (NCP) chief and Opposition stalwart Sharad Pawar made a statement that, “There is no UPA now.” These four words potentially hit the political hornet’s nest invoking punches and counter-punches weaving scripts for 2024 Lok Sabha elections. In an apparent scathing attack on Rahul Gandhi, she said, “You can’t be abroad most of the time”. Banerjee’s meeting with Pawar could be seen more about beginning the groundwork for bringing regional forces together to checkmate the juggernaut of saffron waves on the poll pitch.

The TMC chief is of the view that the Congress can no more automatically be the anti-BJP fulcrum. She is reported to have told Sharad Pawar during their meeting that regional parties cannot simply sit on the sidelines and watch the Congress-BJP direct fight in 200-odd seats. She believes that the BJP gets poll mileage on these 200-odd seats in the Hindi heartland only because of the Congress being on a weak wicket. Her statement that if all regional parties come together then defeating BJP would be very easy, clearly indicates that her main aim is to wipe out the PM Modi-led government at the Centre. After the TMC’s landslide victory in West Bengal assembly polls held earlier this year, Mamata is working hard to pitch for a strong alternative at the national level and establish pushing the grand old party away from national politics and creating an Opposition grouping parallel to the UPA (United Progressive Alliance) would be akin to strengthening the BJP and “fascist” forces. herself to be a potential face of the Opposition before the 2024 elections.

Mamata Banerjee’s stand on Congress found an echo from political strategist Prashant Kishor who said the Congress’s leadership of the Opposition is not the “divine right of an individual, especially when the party has lost more than 90 per cent elections in the last 10 years”. He vividly stated that Opposition leadership should be decided “democratically”. Few months back NCP president Sharad Pawar also said the Congress should accept the reality that the party no longer holds sway from Kashmir to Kanyakumari like it did once. He cited an anecdote regarding the situation of the Congress that “Zamindars (landlords) who have lost most of their land and are unable to maintain their ‘Haveli’ (mansion).” This scathing statement was made even when the NCP is running the government in Maharashtra in alliance with the Congress and Shiva Sena. Having said that the Shiv Sena contradicted Didi’s stance saying that the efforts of creating an Opposition grouping parallel to the UPA by pushing aside the Congress would be akin to the strengthening BJP and “fascist forces’ ‘. In an editorial, Saamana, it firmly stated that if there is no unity among the Opposition parties, the talk of creating a political alternative to the BJP-led ruling establishment at the Centre would be a mere wild goose chase.

Congress has now decided to launch an all-out attack on Didi’s “no UPA” remark. Congress Lok Sabha leader Adhir Ranjan Chowdhury termed the meeting between Banerjee and Pawar as a “pre-meditated conspiracy” to weaken the grand old party. Predictably, the Congress response has been cantankerous with leaders doubting Didi’s motives — citing her stint as a minister in the Vajpayee cabinet in 2003 and her alliance with the BJP in the 2004 general election. According to sources, the responsibility of making political attacks on Mamata Banerjee has been tasked to Congress top brass like Mallikarjun Kharge, Digvijaya Singh and Randeep Surjewala. However, the fact of matter is that Mamata Banerjee’s remark is a wakeup call for the Congress as the restive Congress leaders, G23, had in past asked for a full-time party chief and revitalisation of the party organisation. A section of the Congress, which is wary of the leadership abilities of Rahul Gandhi, too is watching Didi-triggered political events with great interest. Also, it is no brainer that after the 2019 general election defeat and the Congress’s rapid erosion, the UPA has been long buried.

A strong Opposition in democracy is essential to keep the government on its toes and hold it accountable to constitutional values. In a democracy all parties are free to scale up their political ambitions. The Congress should honestly go for its reality check. Along with carrying the legacy of being called a grand old party, Rahul Gandhi and Congress leaders will have to work hard on political ground zero. Congress’ pan-India footprints and its legacy cannot be ignored. Instead of becoming a key face of grouping for a national alternative, all stakeholders should stay focused on making the Opposition robust to take on BJP in the 2024 general elections.

(Ramakant Chaudhary is Consulting Editor with Daily News Post. He has worked with The Times of India, Hindustan Times (Mint), Dainik Jagran Group, The Pioneer and The Political and Business Daily. The views expressed are personal.)