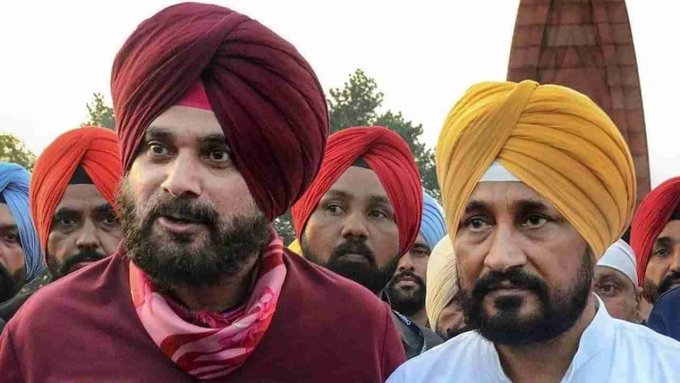 Once again everything does not seem to be going well in Punjab Congress. In the presence of Congress Observer Harish Chaudhary, in the meeting of Punjab Pradesh Congress Committee President Navjot Singh Sidhu and CM Charanjit Singh Channi, there was a big confrontation between the two leaders in a closed room.

Sources said that Channi bluntly told Sidhu that he should become the Chief Minister and perform for the remaining tenure.

After former Punjab Chief Minister Captain Amarinder Singh, Navjot Singh Sidhu is now clashing with the new CM Charanjit Channi. Big developments are coming to the fore in the meeting between Navjot Singh Sidhu and Chief Minister Charanjit Channi on Sunday. If sources are to be believed, seeing Sidhu’s attitude during a closed-door meeting on Sunday, Channi even talked about leaving the post of CM.

Cheema says fight for CM’s chair are happening from day 1. Navjot Sidhu wants to be CM but he don’t have any support. This is the reason that the name of leaders Sukhjinder Singh Randhawa and Sunil Jakhar came up. But finally CM chair was handed over to Charanjit Singh Channi.

“The decision in favour of Charanjit Singh Channi was not a happy one. Navjot Sidhu did not smile even for a day after Charanjit Channi was made the chief minister. He wants to be the chief minister at any cost. They have nothing to do with the people of Punjab, nor do they have the time. The people of Punjab are now waiting for the enforcement of the model code of conduct to teach them a lesson,” said Dr Daljit Cheema.

Problems which are raised by Sidhu is genuine but he is only fighting for the top post says senior BJP leader Vineet Joshi.

“The only motive behind the issues being raised by Navjot Singh Sidhu is that he wants to be the chief minister. Congress will be the loser because these issues are being raised by the state party chief,” said Vineet Joshi.

AAP leader Raghav Chadha said that the Congress conflicts are like Game of Thrones season.