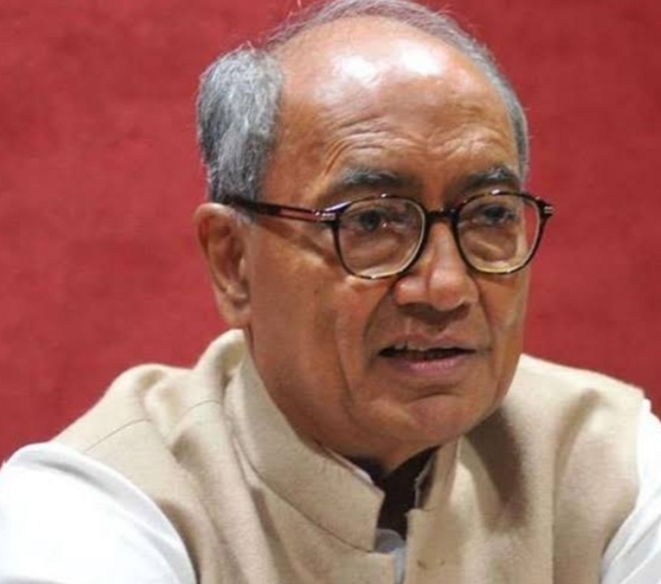 Former Madhya Pradesh CM and senior Congress leader Digvijay Singh has also given donations for the construction of Ram temple in Ayodhya. Digvijay has given a check of one lakh eleven thousand one hundred eleven rupees for this on Monday. Digvijay has sent this check to Shri Ram Janmabhoomi Teerth Kshetra Trust through Prime Minister Narendra Modi.

Digvijay Singh has written in his letter that the Vishwa Hindu Parishad has started a Chanda campaign across the country for the construction of the Ram temple from 15 January 2021. Earlier, VHP and other organizations have started a donation campaign for this. He has said that the VHP should keep an account of this donation.

Digvijay Singh has again objected to the letter not including any Shankaracharya in the trust built for the temple. He has said that “Since religion is a matter of personal faith, which purifies the mind, words and deeds, paves the way for public welfare along with autism.” Therefore, showing how religious a person is can lead him to ego. Which can be a hindrance in the path of autism and public welfare. Lord Rama is the center of faith of my and my ancestors. Therefore, without Ram I cannot even imagine my existence. ”

He has written that “In my house in Raghogarh, Madhya Pradesh, there has been a temple of Lord Ram (Raghauji Maharaj) for 400 years where he is served daily. Despite Ram’s presence in my blood, I never mixed his name in politics.

Digvijay Singh has told PM Modi that “I also want to make you aware that some organizations are taking donations on a very large scale for the construction of temples with sticks, ballams, swords.” Raising slogans against a community with weapons to collect donations, I think, cannot be part of any religious ritual or activity. Sanatan Dharma is not at all In Madhya Pradesh, three unpleasant incidents have occurred due to this and it has damaged the social fabric. Such incidents are being reported at other places also. I do not know whether the trust has authorized these people to collect the money? Or are they even giving the receipts of donations to the people or not? ”