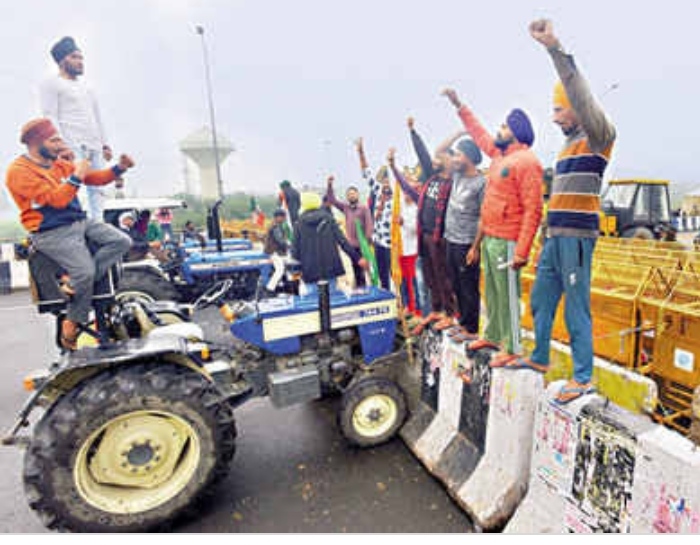 The Center has appealed to the Supreme Court to stop a tractor rally of farmers protesting on 26 January, Republic Day. If his demand to repeal the controversial agricultural laws is not met, the farmers plan to hold a huge rally in Delhi on 26 January. Farmers in Haryana are also planning to organize a rally, which will include a tractor from each village. The farmers had said that they were expecting at least 20,000 tractors.

In an affidavit filed in the court, the Center noted the constitutional and historical significance of Republic Day, which is surrounded by a set of events.

The Center said: Law and order, public order, public interest will not be there, but it will also be a big problem for the nation.

The Center told the court that farm laws were not implemented quickly, but were “the result of two decades of deliberations”. The farmers of the country are happy because they are currently given more than one option… no rights have been taken away.

The Supreme Court on Monday lashed out at the Center over how to deal with the farmers’ protests over the three agricultural laws and said it was’ very disappointed ‘with the way it interacted with farmers. The Supreme Court can hear the matter today.
The Center told the court that it was not hasty in the matter of agricultural laws, rather it was “the result of two decades of deliberations”. The farmers of the country are happy because they have been given an additional option with the existing options … No vested rights have been taken away. “
The government said that it has tried its best to connect with the farmers to remove any kind of misunderstanding going on in the minds of the farmers. The affidavit stated, “There has been no reduction in efforts by the Center.”