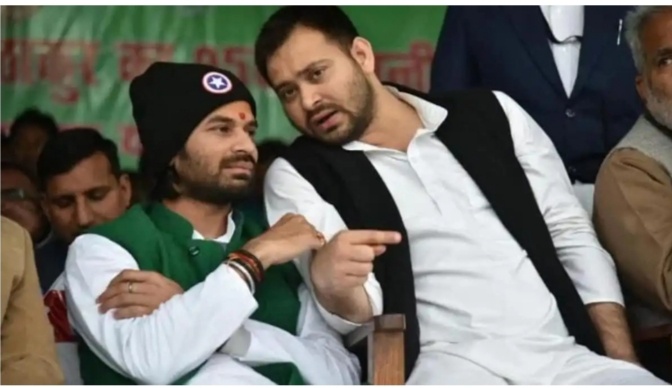 This comes after a protest led by opposition legislators against the police bill, passed by the state Assembly, led to unruly scenes yesterday.

RJD workers led by Tejashwi Yadav and Tej Pratap Yadav scheduled to gherao the Bihar Assembly on Tuesday to protest against the Nitish Kumar government over unemployment, inflation, and the state’s law and order situation.

They were, however, apprehended by police near the Dak Bunglow crossing in Patna. Following this, police and RJD employees got into a fight. The incident resulted in the injuries of many people. RJD workers pelted stones at police, who used water cannons to disperse the crowd.

RJD’s Shyam Rajak, former minister Abdul Bari Siddiqui, former Union minister Kanti Singh are among others who are named in the FIR.