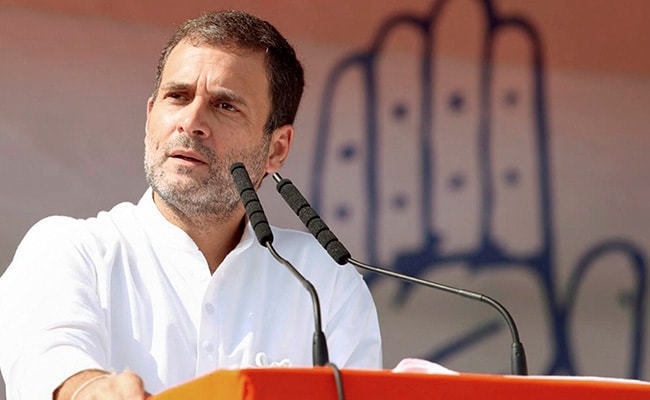 Congress gave these five
guarantees in the manifesto

Congress leader Rahul Gandhi released the manifesto for Assam assembly elections in Guwahati. In this manifesto, the Congress has made five big promises to the people of Assam, such as the cancellation of CAA. This manifesto also promises five lakh government jobs. It is also said to give a pension of up to 2000 rupees to women. It is believed that the entire election campaign of the Congress in Assam will be based on these five big promises.

He said that RSS and BJP are attacking our languages, history, ways of thinking and identity. But the Congress manifesto is proof that we will protect the cultural identity of Assam. The Congress will not back down from its ideology and is fully committed to creating the interests of the people of Assam.

Benefited industrialists in exchange for the poor

He told the people that PM Narendra Modi told you that they will reduce the price of gas cylinders. A cylinder of 400 rupees was available at the time of UPA. It is getting a cylinder of Rs 900 in the NDA. Narendra Modi says that the BJP government has delivered gas to every house. But the important question is, who got the benefit of this. At least the poor families of the country did not get the benefit. Yes, two to three big industrialists have benefited from the policies of the central government.

Rahul said, ‘The government had given your two thousand crores rupees for the modernization of Guwahati Airport. Now it has been taken away from you and handed over to Adani. In this way everything in the country is being given to his (Modi’s) two-three industrialist friends. ‘

The Congress leader said that the BJP makes different promises at different places, but does not fulfill anyone. Rahul said, ‘I never lie. You see what I said before the elections in Chhattisgarh, Maharashtra, Rajasthan and Punjab. I had said that the loans of the farmers would be forgiven. This work was done within six hours of the formation of the government in Chhattisgarh. Similarly, all the promises were fulfilled in other states as well.