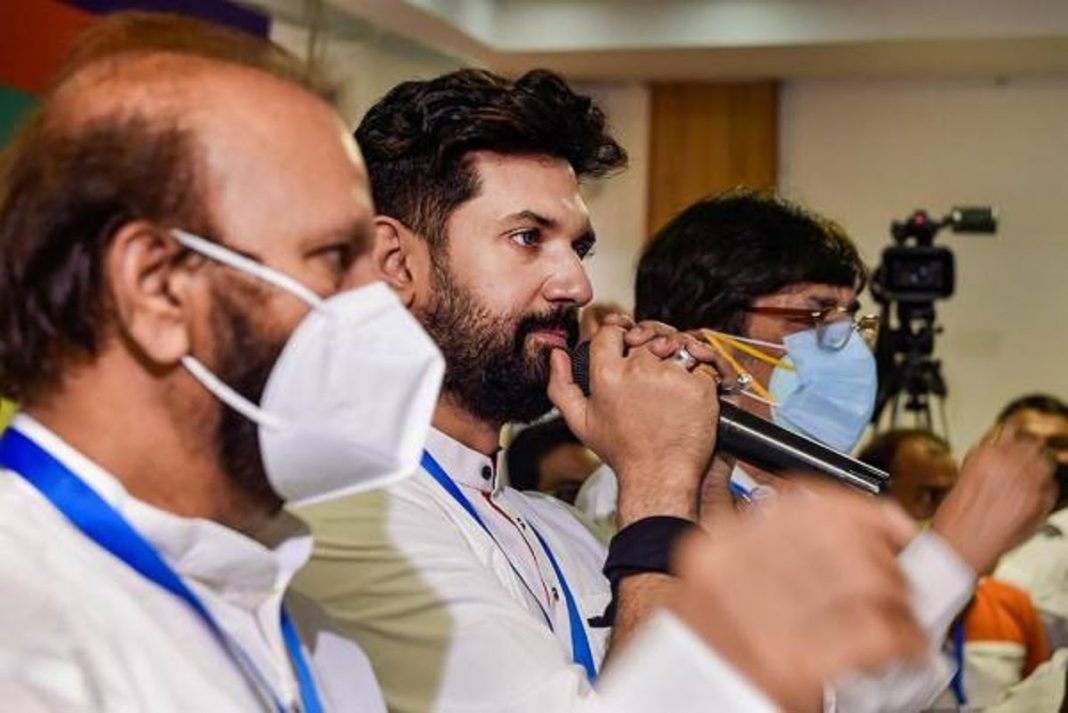 Amid the tussle with uncle Pashupati Kumar Paras for the control of the party Lok Janshakti Party (LJP), senior leader Chirag Paswan on Monday said that his own people have betrayed him.

Chirag said that he doesn’t have the status to show off as he launched the ‘Ashirwad Yatra’ on his father Ram Vilas Paswan’s birth anniversary. Chirag said the aim is to take blessings of the people.

“I am beginning Ashirwad Yatra from Hajipur because it was my father’s work land. We will hold this yatra in every district. Our only aim is to take everyone’s blessings. I don’t have the status to show power to anyone. My own people have betrayed me,” he was quoted as saying by news agency ANI.

“There is no specific message regarding this yatra, I just want the blessings of the people of Bihar. I do not have anyone except the public of Bihar. Today, it was just me and my mother who was standing here to remember my father. It’s the same day when my brothers used to and uncle to be with us,” he added.

The LJP leader broke down during the book launch and said, “I am the son of a lion, will never be scared, no matter how much people try to break us…”