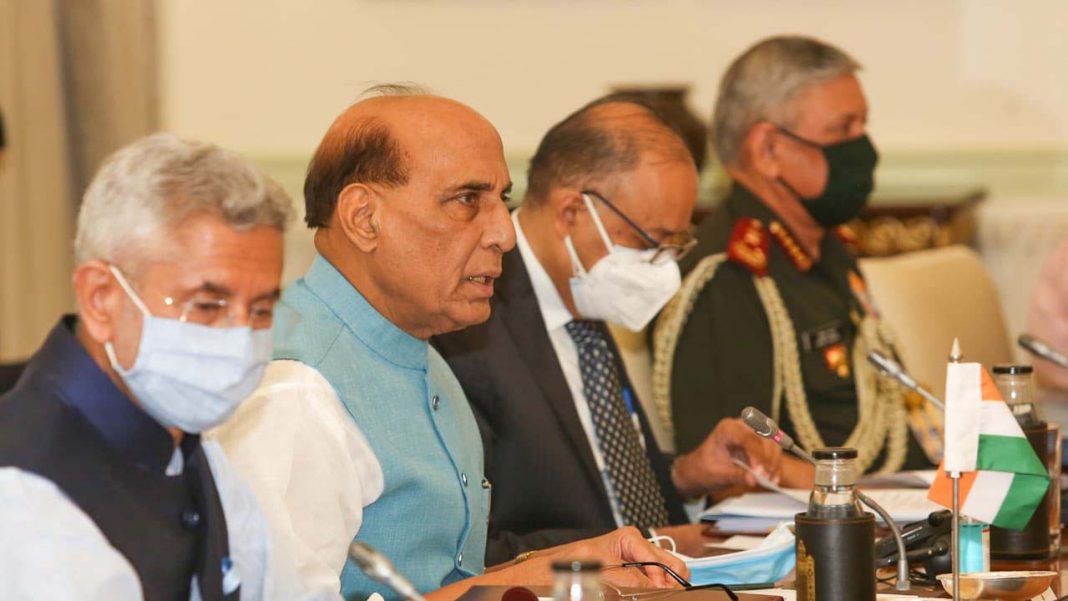 India Australia 2+2 Meet: The ‘2+2’ ministerial meeting between India and Australia is being held in New Delhi. The Indian delegation in the talks is being led by Defense Minister Rajnath Singh and External Affairs Minister S Jaishankar. At the same time, Australia’s side is represented by Payne and Australia’s Defense Minister Peter Dutton. The relations between the two countries have become very close in the last few years.

Appreciating the significant progress in defense ties between India and Australia based on the Comprehensive Strategic Partnership, Defense Minister Rajnath Singh said that both the countries are exploring new areas in the field of Artificial Intelligence (AI) and unmanned vehicles.We arrived at a Comprehensive Strategic Partnership during the Virtual Leader’s Summit in June 2020 between Prime Minister Narendra Modi and his Australian counterpart Scott Morrison, Rajnath Singh said at the ongoing India-Australia 2+2 Ministerial Dialogue in New Delhi.

Rajnath Singh said that it shows how close we are. This partnership is based on a shared vision of a free, open, inclusive and rules-based Indo-Pacific region. Australia and India are partners in peace, development and free flow of trade, rules-based order and economic development in the region. “We are happy to see significant progress in bilateral relations between India and Australia,” Singh said. There has been a significant increase in the inter-operability between our defense relations.

He said that due to joint exercises in bilateral and multilateral relations, synergy in our armed forces has increased. He thanked the Australian delegation for visiting during the pandemic. Rajnath Singh also said that we are exploring new areas in the development of artificial intelligence and unmanned vehicles. Your visit to India in the time of COVID-19 reflects our strong ties. I look forward to engaging and fruitful talks.

Ahead of today’s 2+2 meeting, External Affairs Minister S Jaishankar held talks with his Australian counterpart Maris Payne. The talks between the two foreign ministers discussed developments in Afghanistan and ways to further strengthen cooperation in the Indo-Pacific region.