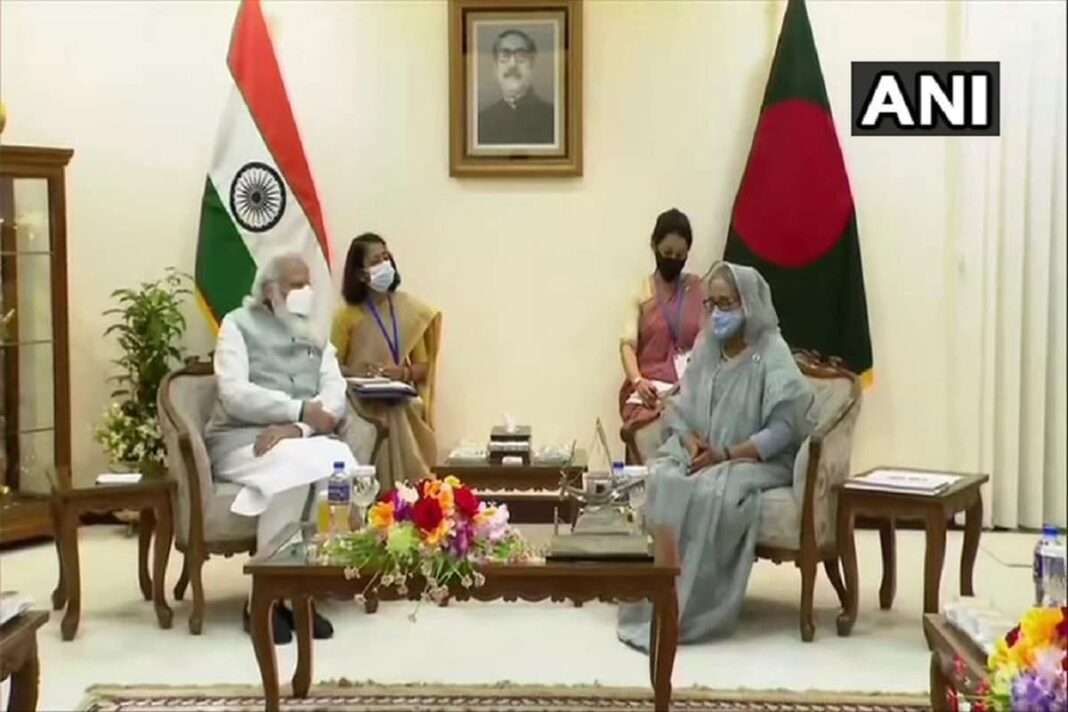 The PM said, ‘Government of India will upgrade the girls’ middle school in Orakandi and a primary school will also be established here by the Government of India. This is a tribute to Harichand Thakur Ji on behalf of crores of people of India.

Prime Minister Modi said, my visit to Orkandi Thakurbari is an experience that I will remember for a lifetime. It is a very sacred place, closely connected with the Matua community.

Modi’s visits relate to the birth centenary of Sheikh Mujibur Rahman, marking fifty years of establishing diplomatic relations between India and Bangladesh, and fifty years of the Bangladesh Liberation War. Modi, who arrived here on Friday, took part in the Golden Jubilee celebrations of the country’s independence and the birth centenary celebrations of ‘Bangabandhu’ in Dhaka.