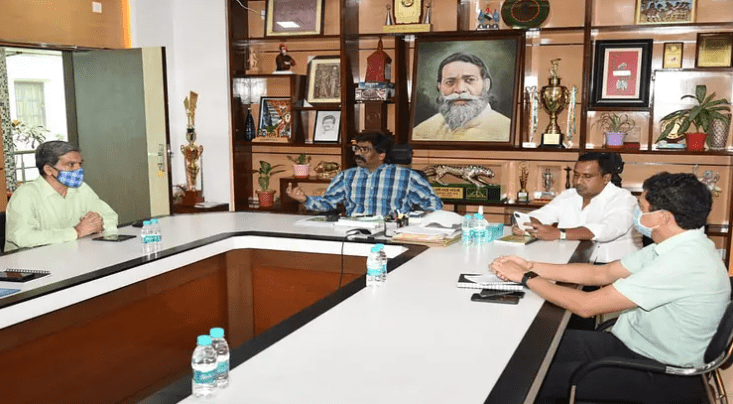 Unlock-2 has been announced in the state by the Jharkhand government. Under which some exemptions have been given, while some restrictions have also been increased. All the restrictions will continue till the next 16 June. There will be complete lockdown in the state from 5 pm on Saturday till 6 am on Monday.

In the meeting of the Disaster Management Authority held at CM Secretariat under the chairmanship of Chief Minister Hemant Soren today, it was decided to open textile, jewellery, cosmetic and footwear shops in Ranchi, Dhanbad, Bokaro, Deoghar, Gumla, Garhwa, Hazaribagh and Ramgarh districts. Permission not yet received. The time limit of shops which were already allowed to open has been extended from 2 am to 4 pm.

Force being called back from all districts –
On June 3 itself, the government had given indications of this by tweeting and sought their opinion from the people that the lockdown would be relaxed if the rate of corona infection decreased. The police forces sent back are being called again to ensure proper compliance of the lockdown.

Under Unlock-2, permission has been given to open salons in all the districts.

Schools, colleges, restaurants and shopping malls will remain closed as before.

Home delivery service from hotels and restaurants has already been allowed.

Checking will be increased at railway stations, airports and public places.

There will be complete lockdown in the state from 5 pm on Saturday till 6 am on Monday.

Exemption will be given in emergency services.

As per late-stage data from US based clinical trial Novavax Inc on monday, showing it's Coronavirus vaccine is more than 90% effective...
Read more
NATION