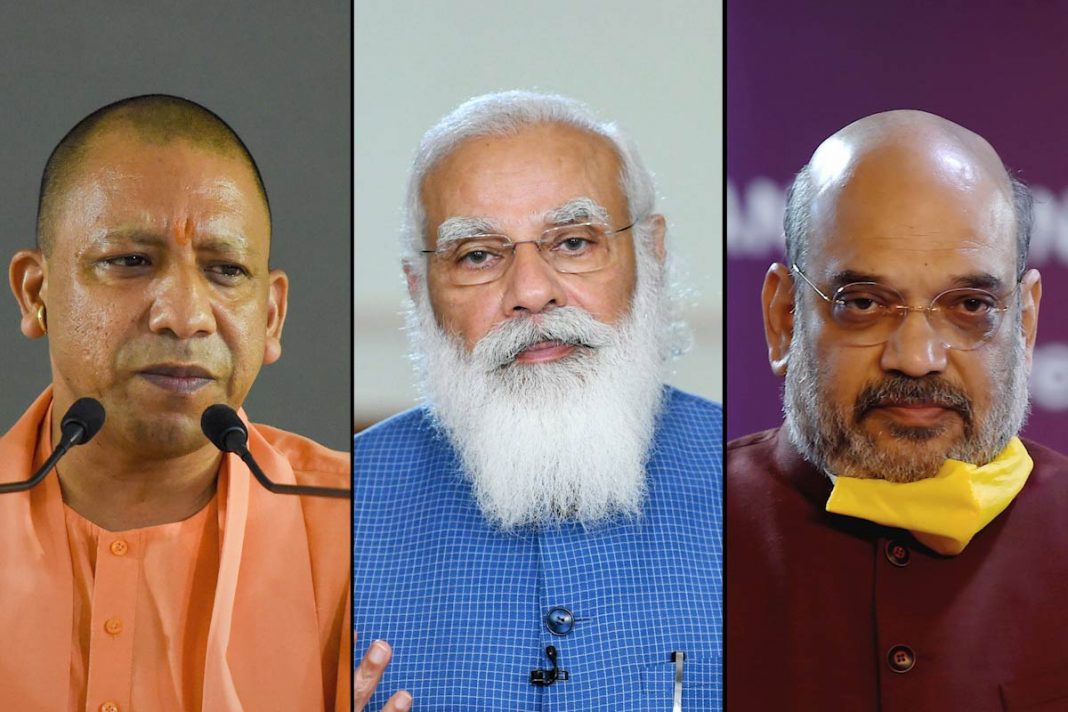 Amidst reports of a possible cabinet expansion, sources say that Prime Minister Narendra Modi has held several meetings to review the performance of selected ministries. Especially these meetings were held during the second wave of Coronavirus. A meeting of PM Modi with Home Minister Amit Shah and BJP National President JP Nadda today (Friday) evening, is indicating major changes based on the review of the performance of the ministers.
There is also talk of announcing a big social plan in the next few days as the party prepares for crucial assembly elections next year, including in Uttar Pradesh.

Uttar Pradesh Chief Minister Yogi Adityanath’s 27-hour Delhi tour has been completed and he has returned to UP. CM Yogi met President Ram Nath Kovind, Prime Minister Narendra Modi, Home Minister Amit Shah and BJP President JP Nadda, along with many big leaders, on his visit from Mukhtsar amidst the political excitement of UP.

After the quick meetings of the CM, Home Minister Shah and JP Nadda reached the PM residence late on Friday evening to discuss the political situation in Uttar Pradesh. This meeting of PM Modi with top BJP leaders is being considered very important regarding the current developments in Uttar Pradesh.

CM Yogi met Prime Minister Narendra Modi on Friday, the second day of his Delhi tour, at his official residence at 7, Lok Kalyan Marg. After this long meeting of about 1 hour and 20 minutes, Chief Minister Yogi, who came out of the Prime Minister’s residence, did not talk to the journalists and went straight to his residence to meet BJP President JP Nadda.

CM Yogi’s meeting with JP Nadda also went on for a long time. After this, he tweeted and said, “Today, meeting respected National President JP Nadda ji in New Delhi and received his guidance on various subjectsThanks to respected president ji for giving me time from my busy routine.

There is a possibility of cabinet expansion or reshuffle in UP before the elections next year. A change in the state BJP unit could also be part of the agenda of the meeting to strengthen the party ahead of the assembly polls.

There are reports that the role of former Union Minister Jitin Prasada has also been discussed in the Central BJP leadership. Jitin had left the Congress and joined the BJP on Wednesday. Jitendra Prasad, father of Prasad, a famous Brahmin face in Uttar Pradesh, is known as a prominent Brahmin leader in Uttar Pradesh.