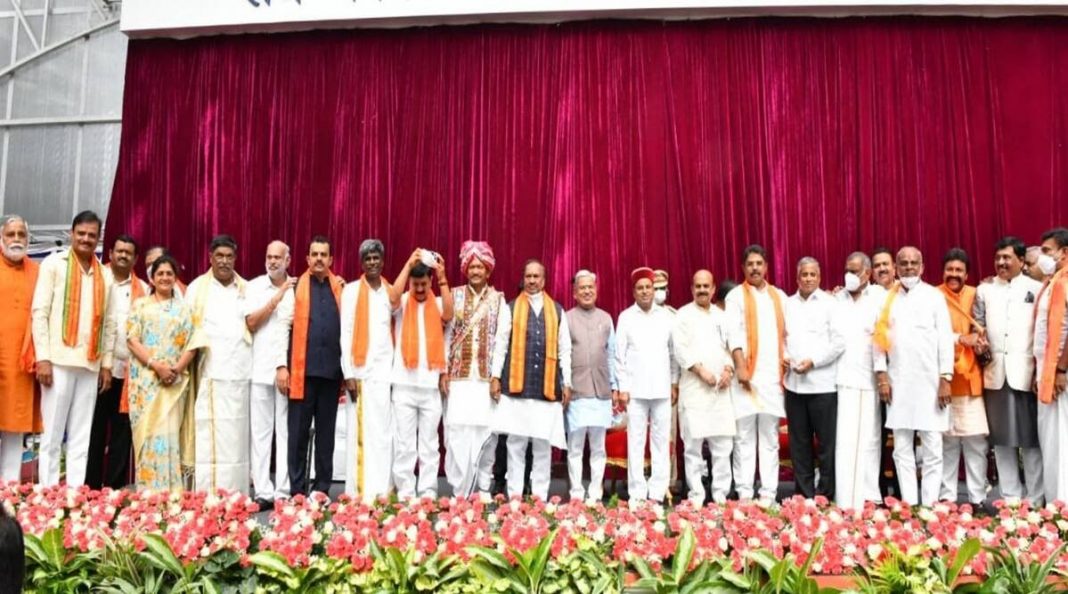 About 29 new ministers on Wednesday took the oath to be part of the Karnataka chief minister Basavaraj Bommai’s cabinet. There is no post of deputy chief minister this time. Former chief minister BS Yediyurappa’s younger son BY Vijayendara has also been yet given a berth on the cabinet.

“The cabinet will be a mixture of both experience and new strength,” chief minister Basavaraj Bommai said, adding that in the cabinet there will be 7 OBCs, 3 SCs, 1 ST, 7 Vokkaligas, 8 Lingayats, 1 Reddy, also among them is a woman. Two from the Brahmin community has also figured in the list.

The ceremony was held at the Raj Bhavan in Bengaluru. Governor Thawar Chand Gehlot administered the oath to the new ministers.

Basavaraj Bommai, who was elected as the new leader of the BJP legislature party last week, following Yediyurappa’s resignation, had taken oath as the Chief Minister on July 28.