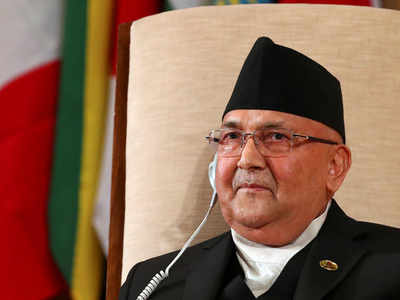 Kathmandu: The faction led by Pushpa Kamal Dahal of Nepal Communist Party has expelled Prime Minister KP Sharma Oli from the primary membership of the party. The anti-faction has taken this step amid growing political instability over Prime Minister Oli’s decision to dissolve Parliament. According to Prachanda-led faction spokesman Narayan Kazi Shrestha, Nepal’s Prime Minister Oli is no longer a member of the party. Shrestha told news agency ANI, ‘In the Central Committee meeting held today, it was decided to remove KP Sharma Oli from the party. He is no longer an ordinary member of the Communist Party of Nepal.

The leaders of the Oli faction did not attend this meeting of the Nepal Communist Party. In such a situation, PM Oli can refuse to accept this decision of the ardent supporters. Pushp Kamal Dahal Prachanda, who is leading the opposition faction in the party, has opened a front against Oli for the past several months. In such a situation, it was already feared that the Nepal Communist Party, standing at the crossroads due to political instability, would be divided into two factions.

KP Sharma Oli played the anti-India card in the previous year. For example, he got a new map of Nepal, included three areas of India in it. Then they started saying that India is engaged in toppling their government. Oli did all this so that he could hide his failures and stop the voice of the opposing faction in the party, but these tactics of Oli failed. Now the leader of his party has become so upset with Oli that he was also sacked from the party.