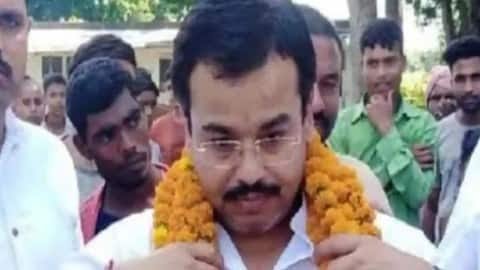 Ashish Mishra, the main accused in the Lakhimpur Kheri case, has been shifted from jail to a government hospital. Ashish Mishra’s sample has been sent to the laboratory for confirmation of dengue. A senior jail official gave this information on Saturday. Ashish is in jail on October 3 for crushing farmers with a car. Union Minister of State for Home Ajay Kumar Mishra’s son Ashish was still in Lakhimpur Kheri Jail.

Lakhimpur Kheri district jail superintendent PP Singh told PTI, “It is not yet confirmed whether he (Ashish Mishra) is suffering from dengue. His sample has been sent for testing and after the report comes the picture. It’ll be clear.”

According to ANI, Mishra, the main accused in the district jail in the Lakhimpur Kheri violence case, has been shifted to a government hospital after being suspected of dengue. A senior jail official said that Ashish Mishra’s sample has also been sent for investigation.

So far 13 accused, including Union Minister’s son Ashish, have been arrested in the Lakhimpur Kheri violence case.

Must Read – Delhi Metro News: Services will be disrupted on Yellow Line

On October 3, farmers were crushed by a car in Lakhimpur Kheri. Eight people, including four farmers and a journalist, were killed in this. There were a total of three cars in the convoy of the SUV that crushed the farmers. One of these cars belonged to the son of Minister of State for Home Ajay Mishra. Police has made Ashish Mishra an accused in this case.

Yogi Adityanath told the Lakhimpur incident that it is unfortunate, assured of strict action on the culprits.