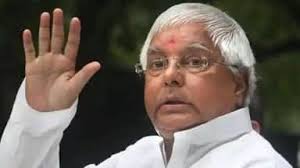 But he will not be released yet. Until the hearing of the Dumka treasury case related to the fodder scam is over. The bail plea of ​​RJD supremo Lalu Prasad was heard in the Jharkhand High Court on Friday. Lalu Prasad, convicted in the fodder scam, has got bail.

However, due to the pending Dumka treasury case, he will have to remain in jail. Lalu Yadav’s stay in jail amidst preparations for Bihar Assembly Elections 2020 is being considered a setback for RJD. The first phase of elections in the state will be held on October 28, 2020. In such a situation, the party may miss Lalu Prasad Yadav will not campaign in Vidhan Sabha elections for the first time