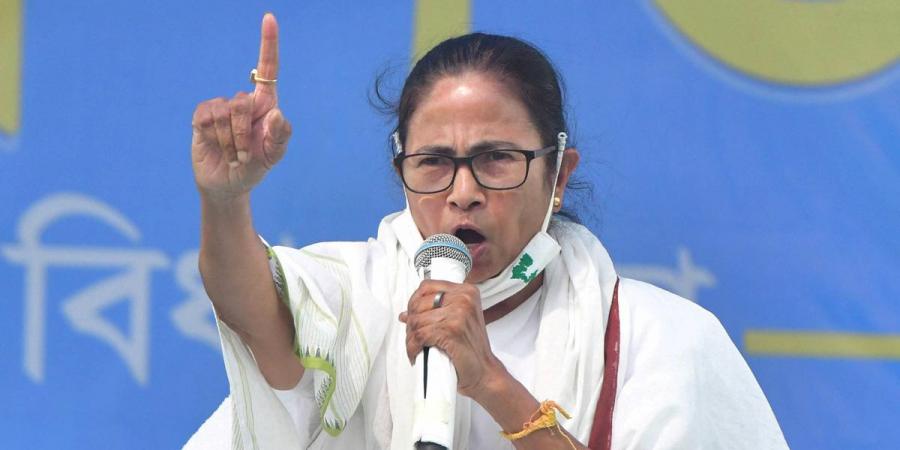 She tweeted in Hindi, “Many congratulations to all the countrymen and all the linguists who are contributing in the development of Hindi language on the occasion of Hindi Diwas.”

Hindi was given the status of official language on 14 September 1949. That is why this day is celebrated as Hindi Diwas.

The tweet is coming before the Bhawanipur by-election, in West Bengal, all eyes are now on the Bhawanipur by-poll, whose roots are associated with Nandigram. Nandigram is the area where Bengal Chief Minister Mamata Banerjee had to face defeat at the hands of BJP’s Suvendu Adhikari in the assembly elections four months ago. In such a situation, Mamta Banerjee has once again had to return to her stronghold Bhawanipur, from where she is contesting the by-election, so that she can remain in the chief minister’s chair. In such a situation, it becomes interesting to know that what Nandigram, which defeated Mamata Banerjee by 1956 votes, thinks about the Bhawanipur by-election, which became a fight for the political prestige of the Chief Minister? Banners of BJP and TMC are still hanging in the air at Chandipur, the entrance gate of the assembly constituency, welcoming people arriving at Nandigram.

A man who runs a tea stall in Nandigram admitted that the electoral tension in the area still persisted. On the condition of anonymity, he said, ‘Now a lot of people are switching political sides. But we are poor people. Don’t know what will happen to us. Will the development plans get off the ground here or not?’ Apart from the tea sellers, others are also confused. The Bhawanipur by-election is discussed in most of the tea shops and bases. People are discussing the margin of victory in Bhawanipur, while some are also in the thinking that ‘Khela’ can happen in Bhawanipur too.

Office workers at the aid center set up by Suvendu Adhikari in Nandigram said they don’t see the party’s color while helping people. He said, ‘Anybody from any party can come. Our MLAs help everyone. We are there for everyone.

TMC is pulling our workers towards itself, but we are fighting.BJP’s East Medinipur district vice-president Pralay Pal, who visits the MLA Help Center everyday, is the same Pralay Pal, with whom the audio of the chief minister’s conversation went viral during the elections, in which Mamata Banerjee sought Pralay’s help.