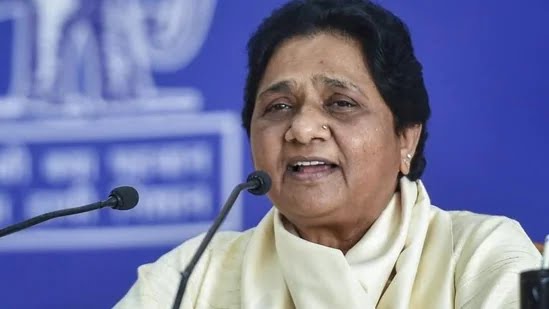 Mayawati, the leader of the Bahujan Samaj Party (BSP), stated on Tuesday that if her party comes in power in the Assembly election in Uttar Pradesh next year, she will assure the security of the Brahmin community.

According to an ANI report, the former chief minister said Brahmins had agreed that under the BSP’s rule, people from the community were in a better condition when compared to their lives under the present BJP government.

Mayawati has often accused the Yogi Adityanath government of “harassing and exploiting the community” after winning the 2017 assembly polls with the help of their votes.

On July 23, the BSP initiated an outreach effort from Ayodhya, with an eye on the important state elections. Mayawati’s outreach to Brahmins was credited as helping her win the state assembly election in 2007.

“We should join more people from the Brahmin community with us for the upcoming elections to create the government with a majority, similar to 2007,” Mayawati said at the ‘Prabudh Sammelan’ in Lucknow on Tuesday. On July 23, the programme was inaugurated in Ayodhya.

Mayawati questioned why the Sangh and the BJP treated members of the minority population as if they were adopted, referring to Rashtriya Swayamsevak Sangh (RSS) president Mohan Bhagwat’s declaration that Hindus and Muslims have the same lineage and that every Indian citizen is a “Hindu.”

“I want to ask him if Hindus and Muslims in India have the same ancestors then why RSS and the BJP behave like Muslims are adopted,” she was quoted as saying by ANI.

She also promised to focus on Uttar Pradesh’s development rather than parks and memorials, an issue over which she has received a lot of flak in the past.