Mehbooba Mufti claimed that she has been placed under house arrest 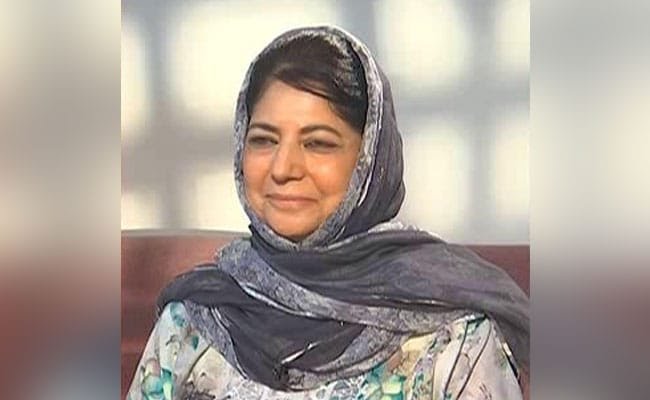 Peoples Democratic Party (PDP) president Mehbooba Mufti on Tuesday claimed that she has been placed under house arrest and said the move has exposed the truth of the government’s claims of normalcy.

The former Jammu and Kashmir chief minister shared on Twitter pictures of security forces vehicles parked outside the main gate of her residence in Gupkar. He wrote, “I have been placed under house arrest today as the situation in Kashmir is still normal as per the administration. The truth of the claims of normalcy has come to the fore.”

He also accused the Center that while the Indian government is expressing concern for the rights of the people in Afghanistan, Kashmiris have been denied it.

“The Indian government has expressed concern about the rights of the Afghan people, but is deliberately depriving Kashmiris of it,” the PDP leader said.

Mufti made this allegation after the Jammu and Kashmir Police said that most of the restrictions have been relaxed and internet services have been restored in the area. Because restrictions were imposed in Kashmir after the death of separatist leader Syed Ali Shah Geelani.

Syed Ali Shah Geelani, 91, who died on Wednesday, was buried near his home in Srinagar amid heavy security to prevent any protests and gatherings in mosques. Security personnel were deployed in sensitive areas and many roads were barricaded. J&K Police tweeted that most restrictions, including internet, have been eased and the situation in J&K is completely normal, but being closely monitored.