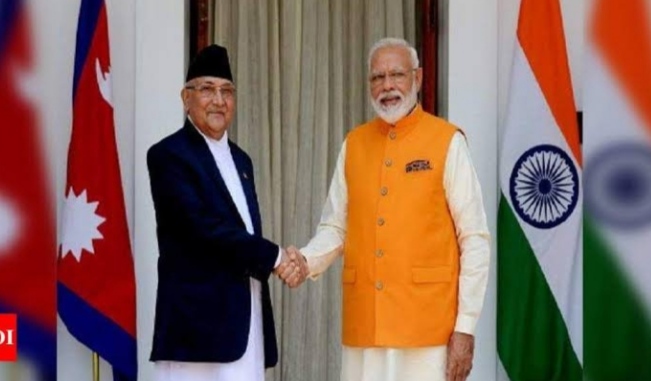 The relationship between India and Nepal for the past several months is not the same as it used to be. The relations between the two countries deteriorated briefly after the disputed map was approved in the Nepalese parliament, but then efforts were gradually made to return the relationship back on track. After suffering from the corona virus pandemic, Nepal had to depend on India, which showed India’s importance to the neighboring country.

At the same time, he also came to know the reality of long-standing efforts by China. Nepal has fully understood the conspiracies of the dragon.

Nepal Foreign Minister Pradeep Kumar Gyawali is going to visit India soon. In this tour, there is also a possibility of getting an agreement on getting a vaccine from India.

On January 15, the sixth meeting of the Nepal-India Joint Commission will be held, in which he will be the Foreign Minister S.K. Will discuss bilateral issues with Jaishankar. Authorities of both countries are finalizing the agreements to be held during this period.

China tried to pressure Nepal to avoid dividing the ruling Communist Party at all costs. Beijing has recently been seen leaning in support of the Communist Party faction led by Prachanda and Madhav Nepal. On the other hand, Nepali PM KP Oli’s decision to dissolve Parliament has been described as an internal issue of Nepal.