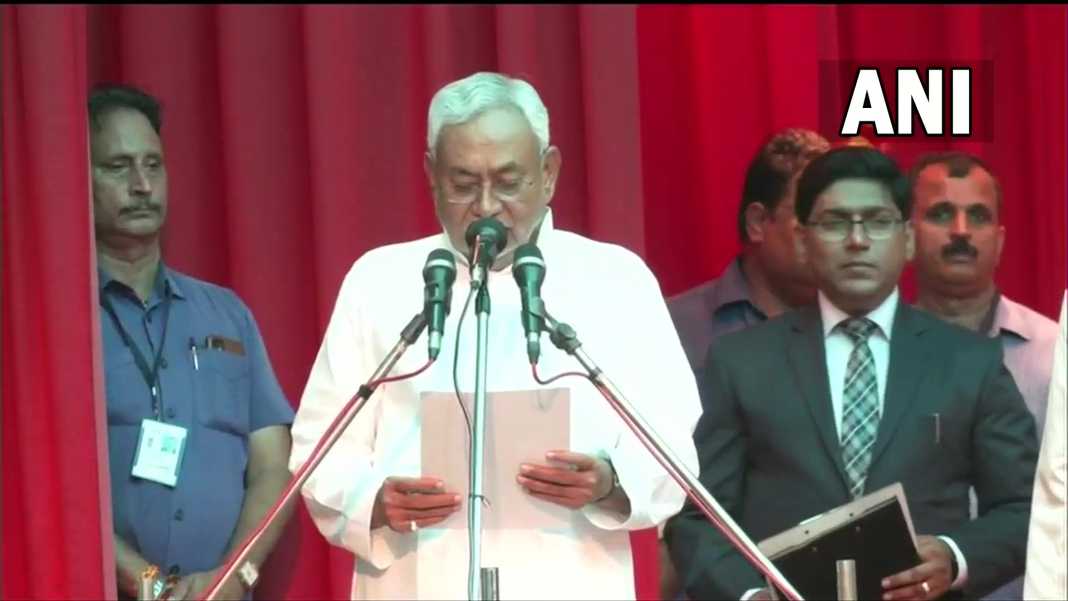 Janata Dal (United) leader Nitish Kumar took oath as the chief minister of Bihar on Wednesday for a record eighth time. Mr Kumar was administered the oath of office by Governor Phagu Chauhan at a simple ceremony inside the Raj Bhavan.

RJD leader Tejashwi Yadav took oath too, as the deputy chief minister, in a ceremony at the Raj Bhavan in Patna.

In July 2017, Nitish Kumar, left the Mahagathbandhan over corruption allegations against Tejashwi Yadav – then too his deputy CM – and joined hands with the BJP. This came after the 71-year-old politician, in November 2015, became chief minister for a fifth time after the grand alliance won the assembly polls.

In October-November 2020, Kumar’s JD(U) and BJP won the elections, and the senior politician assumed Bihar’s top post for a sixth time.