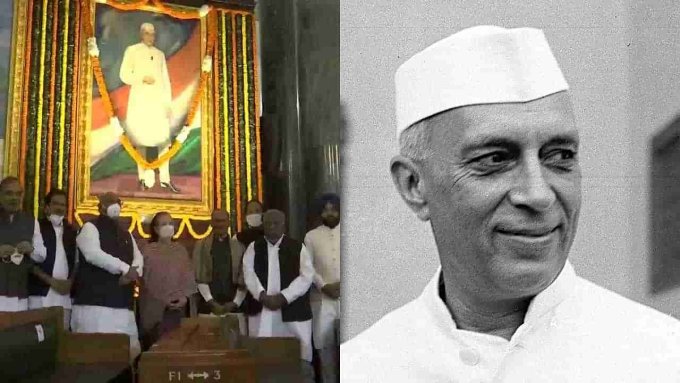 The Congress was hugely upset today, with its leaders pointing out that no senior minister was present at the traditional function in parliament to mark the birth anniversary of Jawaharlal Nehru. Even Lok Sabha Speaker Om Birla and Rajya Sabha chairman Venkaiah Naidu had skipped the function, the party said.

November 14 is the birth anniversary of the nation’s first Prime Minister and floral tributes are paid to his portrait in the Central Hall of Parliament every year.

Congress leader Jairam Ramesh tweeted, calling the situation “extraordinary”. “Can it get more atrocious than this?” the Rajya Sabha MP said.

“Extraordinary scene today in Parliament at the traditional function to mark the birth anniversary of those whose portraits adorn the Central Hall. Speaker Lok Sabha absent. Chairman Rajya Sabha absent. Not a single Minister present. Can it get more atrocious than this?!” he tweeted.

At the same time, Trinamool MP Derek O’Brien also condemned it and said that now he is not surprised. The MP tweeted, ‘This government is destroying India’s great institutions including Parliament.’