On the new report of Rafale deal, the BJP hit back at the Congress, said- ‘Rahul Gandhi should answer….’ 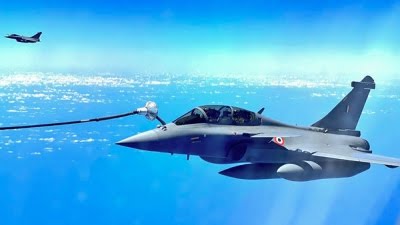 A major political battle has started again after new revelations related to corruption in the Rafale deal between 2007 and 2012. Rahul Gandhi and Priyanka Gandhi Vadra have also surrounded the government on this disclosure regarding the Rafale deal. Congress spokesperson Pawan Khera also held a press conference and called it the biggest defense scam. Now BJP has hit back at Congress. BJP spokesperson Sambit Patra said that he thinks the name of Indian National Congress should now be changed to ‘I Need Commission’.

The ruling BJP attacked the Congress over alleged corruption before 2014. Sambit Patra said that, ‘We all saw how the opposition parties, especially the Congress, tried to create a wrong atmosphere regarding Rafale in the 2019 general elections. He felt that this would give him political advantage. Today, we will put some more important papers in front of you, so that you have a clear image in whose tenure corruption took place.’

Also Read – http://Dengue Cases: Dengue is showing its deadliest outbreak in Punjab and other States

Patra said, ‘I think the name of Indian National Congress should be changed to I Need Commission now.’ He said, ‘We saw how Congress leader Rahul Gandhi and Congress spread rumors before the 2019 elections. It is not an exaggeration that during the UPA regime there was a ‘deal’ in every deal and they could not do it even after that.’ He said, ‘Rahul Gandhi should answer from Italy why you and your party tried to spread lies about Rafale for so many years. It has now been revealed that his own government was in power from 2007 to 2012 when the commission was given.’

Patra said that the Indian Air Force needed fighter planes, yet the deal was not done for 10 years. Because the talk was not for the aircraft but for the commission. Further, he said, “If one reads the commission point in the report, it shows that the agreement was being done on 40% commission”. The commission was to be paid after the delivery of the jet. Congress, on the other hand, says, “The current disclosure of Operation Coverup reveals a suspected nexus between the Modi government and the CBI-Enforcement Directorate to suppress the Rafale corruption.”