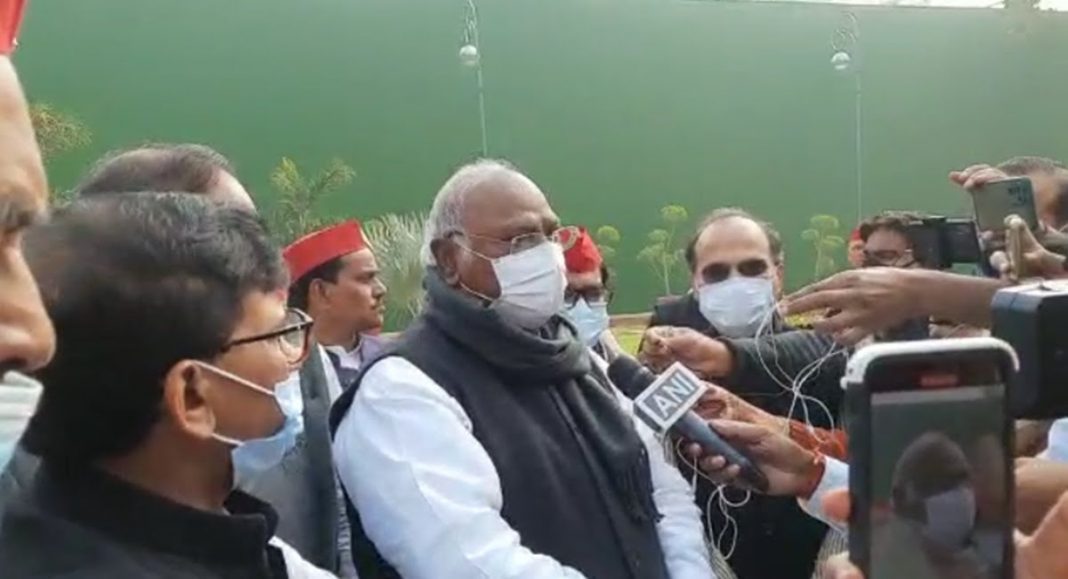 The Opposition leaders have called off their ongoing sit-in dharna against the suspension of the 12 Rajya Sabha MPs for the day as a mark of respect towards Chief of Defence Staff (CDS) General Bipin Rawat and 12 others who lost their lives in a chopper crash.

Announcing the decision, Mallikarjun Kharge said that the opposing MPs will call off the day’s protest to pay tribute to the soldiers who lost their lives tragically on Wednesday. ‘We’ve decided not to protest (against the suspension of 12 Rajya Sabha MPs) today in honour of CDS Bipin Rawat & the soldiers who died in the chopper crash & to pay tribute to them,’ Kharge told ANI. The opposition leaders have been protesting for over a week against the suspension of 12 members on the grounds of indiscipline in the house.

Priyanka Chaturvedi, Shiv Sena MP, also said, “On the solidarity of CDS and others who lost their lives in the crash, we have called off the protest today.”

Several MPs from opposition parties have been protesting against the suspension of 12 MPs. They were suspended by the house on the first day of the winter session proceedings, for alleged unruly conduct towards the end of the monsoon session in August. Due to continued protests, the upper house of Parliament has been seeing constant disruption and adjournments since the proceedings began on November 29.

The Congress has also announced that the party will not celebrate party president Sonia Gandhi’s birthday on Thursday. The decision was conveyed to state units of the party by general secretary in charge of the organisation KC Venugopal.