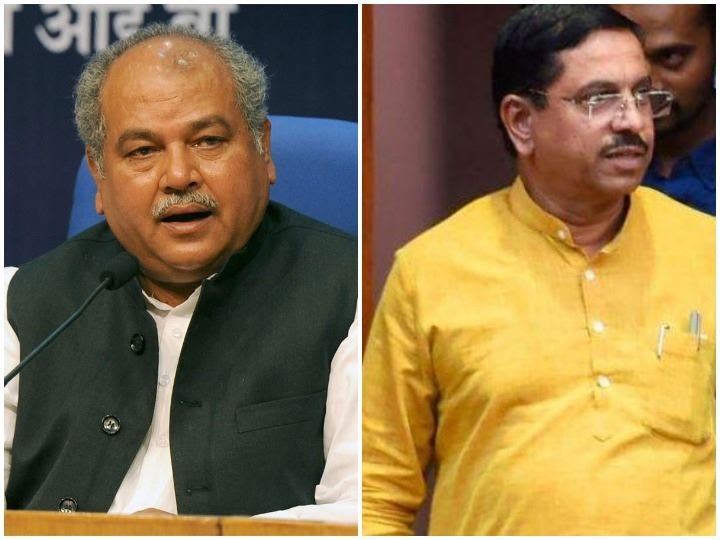 Following the resignation of Gujarat Chief Minister Vijay Rupani, the Bharatiya Janta Party has sent two Union ministers Pralhad Joshi and Narendra Singh Tomar to Gujarat as the party’s central observers to the meeting of the state legislatures which will be held in the afternoon today at 3 P. M. to decide who will be the next Chief Minister of Gujarat.

According to party sources, the new Chief Minister along with the Council of Ministers is likely to be sworn in on Monday.

“We have come here to hold further discussions (over the name of next chief minister of Gujarat). We will hold discussions with the state president and other leaders,” Tomar said, according to ANI.

Tomar, along with BJP’s National General Secretary Tarun Chugh, has arrived at the residence of the Gujarat BJP President CR Patil for these discussions.

“I will hold consultations with Gujarat leaders, then the central leadership will take a decision,” Pralhad Joshi said on Sunday.

Meanwhile, responding to the development, Congress alleged that the BJP has made Rupani a “scapegoat” to “hide its mismanagement during the pandemic” in Gujarat.

The 65-year-old leader said that the BJP is an ideology-driven party and the roles of workers keep changing there.

Rupani’s resignation comes a year before the scheduled Assembly elections in the state.

He took charge as the Chief Minister of Gujarat on August 7, 2016. He currently represents Gujarat’s Rajkot West as MLA.In the 2017 state election, the BJP won 99 of the state’s 182 Assembly seats, Congress got 77 seats.