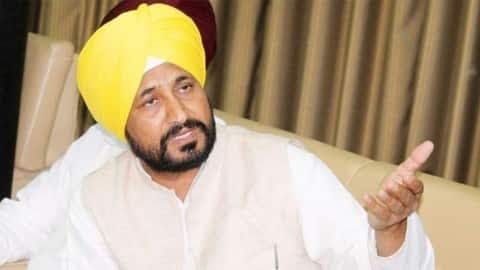 Punjab Chief Minister Charanjit Singh Channi has announced the settlement of loans up to Rs 2 lakh for 1.09 lakh small and marginal farmers with ownership rights of up to five acres in the state. It has also been announced to release a fund of Rs 1200 crore under this loan waiver scheme. The Chief Minister also handed over appointment letters on compassionate grounds to 17 heirs of farmers who were martyred during the farmers agitation.

The state government has already waived off loans worth Rs 4610 crore of 5.63 lakh such farmers. Out of this, 1.34 lakh small farmers have got relief of Rs 980 crore, while 4.29 lakh marginal farmers have got the benefit of loan waiver of Rs 3630 crore. In a significant decision, the Chief Minister has also extended the loan waiver scheme to small and marginal farmers having landholding of up to 5 acres of land up to Rs 2 lakh from Punjab State Co-operative Agricultural Development Bank, formerly known as Land Mortgage Bank.

Apart from this, the Chief Minister also announced to build a state-of-the-art memorial on five acres of land in memory of the sacrifices made by hundreds of farmers during the year-long farmers movement. The Chief Minister said that this memorial would also be important as it would show the supremacy of democracy and peaceful conduct of the farmers movement. He sought support and cooperation from the United Kisan Morcha (SKM) for the construction of the memorial.

Also Read – In tax raid, 150 crore rupees found from the house of UP businessman

Accepting yet another big demand of United Kisan Morcha, the Chief Minister also announced to quash all FIRs registered by Punjab Police against farmers protesting against agricultural laws in the state by December 31, 2021. He immediately directed the DGP to complete the necessary formalities so that all the cases registered against individual farmers for farmers agitation and burning of paddy stubble across the state could be quashed.