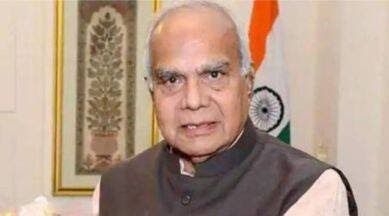 The special state Assembly session announced by the AAP government on September 22 has been canceled by Punjab Governor Banwari Lal Purohit on Wednesday.

The decision was made, according to a letter from the Office of the Principal Secretary of the Government, because “no legal provision to convene a Special Session to move ‘Confidence Motion’ exclusively, in favor of the State Government.”

The government summoned the special Vidhan Sabha session to introduce a confidence resolution and demonstrate “people’s trust in the government” in response to the Aam Aadmi Party’s allegations that the BJP is attempting to steal its MLAs in Punjab. On September 20, Purohit approved the Session.

According to the letter sent out on Wednesday, Partap Singh Bajwa, Sukhpal Singh Khaira, and Ashwani Sharma, leaders of the opposition, had complained to the governor. about the session.

“This matter was examined and a legal opinion was sought from Sh. Satya Pal Jain, Additional Solicitor General of India. He has given his legal opinion that there is no specific provision regarding summoning of the Assembly for considering the ‘Confidence Motion’ only, in the Punjab Vidhan Sabha Rules of Procedure and Conduct of Business,” the letter said.

On Wednesday night, the AAP emailed a three-line whip to all of its lawmakers urging them to attend the Assembly and support the party. Baljinder Kaur, a Talwandi Sabo MLA, had already been appointed as the party’s chief whip for the Vidhan Sabha. To plan for the session, the AAP also convened its legislative party meeting at 9 a.m. on Thursday.