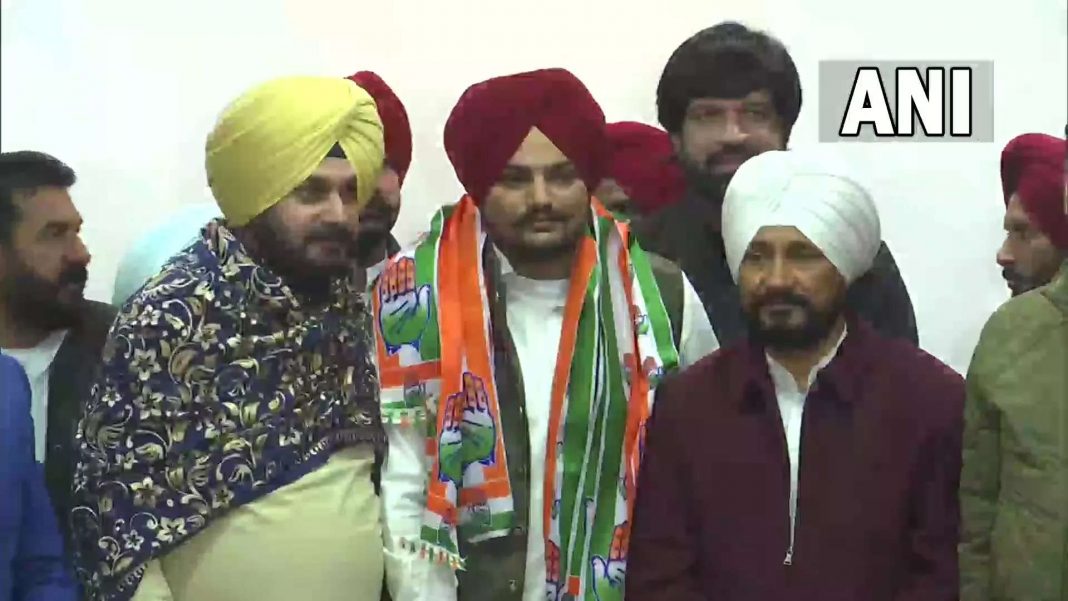 Sidhu Moosewala, 28, faces many cases that accuse him of glorifying guns and violence through his songs. But Navjot Sidhu stonewalled questions on the subject. The Punjabi rapper is likely to contest the polls from Mansa, his hometown.

Moosewala, after being taken into the party fold, said he had started his music career four years ago, but was now ready to take a new step in his life. “I still Iive in the same house in my village. My father is an ex-serviceman and my mother is a sarpanch. Residents of my area, Bathinda and Mansa, are associated with me. They have expectations from me,” he said.

Sidhu Moosewala, whose favoured theme is to depict the charms of bucolic life in his videos, has also been accused of glorifying caste divides. His “gangster rap” has a sizeable fan following.

Also Read: CJI NV Raman says to UP government ‘do you want us to ban industries in Pakistan’

Welcoming Moose Wala into the party, Channi said the rapper became a “big artist with his sheer hard work and won hearts millions of people with his songs”. Sidhu, meanwhile, tweeted a pun on sharing his name with the singer.

Sidhu Moosewala was very vocal during the farmers’ agitation against the three farm laws, which have now been repealed. He lent his support to “Chalo Delhi” protest call by farmers’ associations.