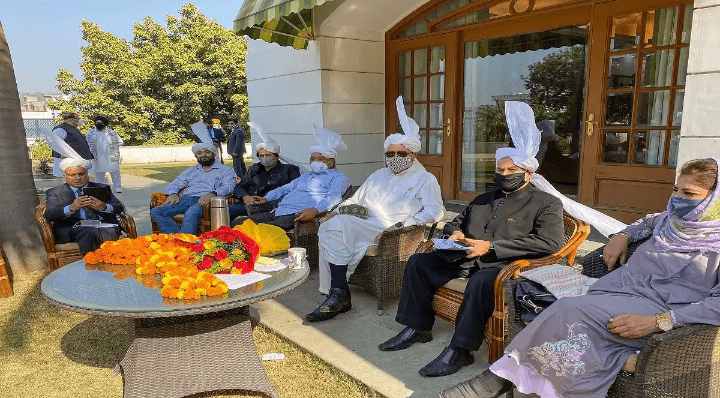 Sajad Lone of the People’s Conference on Tuesday parted ways with the People’s Alliance for Gupkar Declaration, an alliance of mainstream regional parties in Jammu and Kashmir, opposed to the Centre’s August 2019 changes in the region. Lone was the official spokesperson of the Gupkar Alliance.

Lone announced the decision in a letter to PAGD head and National Conference president Farooq Abdullah.

“On the face of it, PAGD won these elections unambiguously having won the maximum number of seats. We can’t hide statistics and apart from the number of seats that PAGD won, other important statistical variable in the context of August 5 (Abrogation of Article 370) is the number of votes polled against the PAGD,” Lone said in the letter released to the media here.

He said he believes the votes polled against the PAGD are mostly those cast by proxies of PAGD constituent parties against official PAGD candidates.

“And the net outcome of selectively voting for and against PAGD is a very poor vote share. This is certainly not the vote share that people of J&K deserved post 5 August,” Lone said in the letter.

He further stated that he would, however, want to add that they are divorcing from the alliance not its objectives.

“We will continue to adhere to the objectives that we set out when this alliance was made. And the PAGD leadership should be assured that we will extend support on all issues which fall within the ambit of stated objectives. We have issued clear instructions to all party leaders not to issue any statements against PAGD alliance or its leaders,” the letter reads.