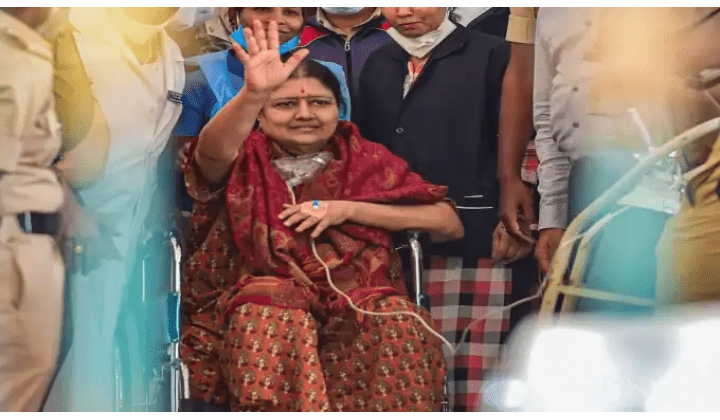 Officials from the prison department arrived at the Bangalore Medical College and Research Institute (Victoria Hospital) on Wednesday morning, where she is undergoing treatment.

She will continue to be at Victoria Hospital for four to five days more, the hospital’s medical superintendent said. A huge crowd of her supporters lined up outside Victoria Hospital, raising slogans in her favour and distributed sweets in celebration.

Earlier in the day, the hospital said Sasikala was “conscious, alert and well oriented”. It said she was stable and comfortable, eating normally and walking with support. Sasikala is asymptomatic, and is being constantly monitored, the bulletin added.

On Monday, Sasikala’s counsel N Raja Senthoor Pandian said, “Legal formalities have been completed. I have asked them (prison authorities) to produce the sentence completion certificate. They have processed it, and tomorrow (Wednesday) they will produce it to the doctor confirming that she has been released from prison.

“The local police station will be informed as well. Once all formalities are taken care of, the prison authorities will remove the protection they have provided her. The Karnataka Police will then decide whether or not to extend her protection,” he said.