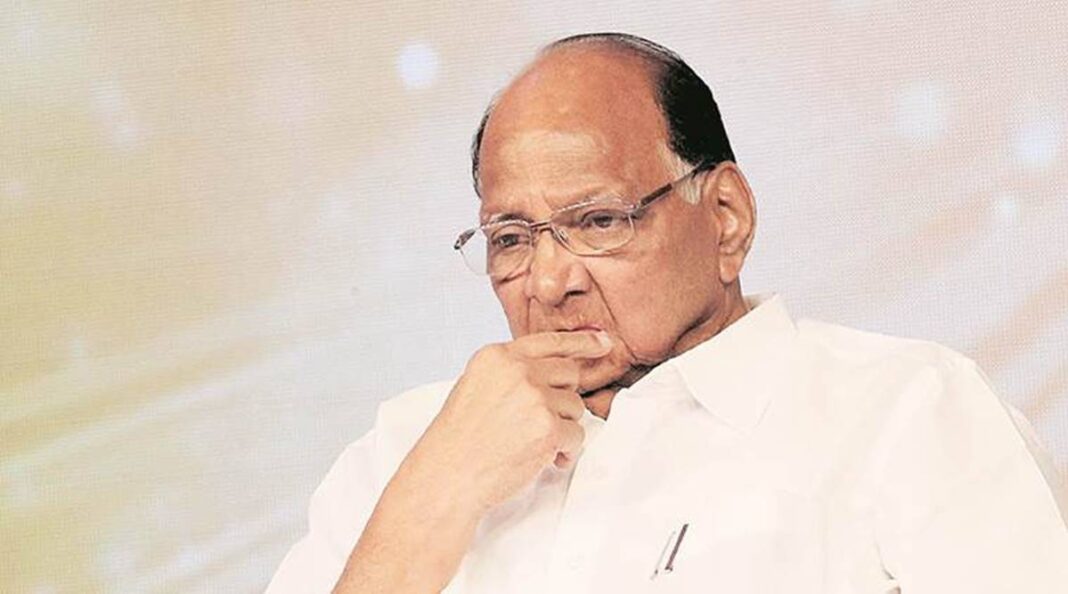 Taking seriously the allegations of corruption leveled by former Mumbai Police Commissioner Param Bir Singh on Maharashtra Home Minister Anil Deshmukh, Nationalist Congress Party (NCP) supremo Sharad Pawar said on Sunday that the matter was serious and Chief Minister Uddhav Thackeray took action can do. Significantly, Param Bir Singh handed over a letter of eight pages to the Chief Minister on Saturday evening. After this, there was a stir in the ruling Maha Vikas Aghadi government of Maharashtra. The NCP is also a constituent party in this government.

The NCP chief said he has spoken to Thackeray regarding Singh’s letter. ”I would suggest to Uddhav Thackeray to seek former IPS officer Julio Ribeiro’s help for looking into the claims made by Param Bir Singh,” he added.

Sources in the ruling coalition in Maharashtra also said that the allegations are very serious and in these circumstances the only way for the government to save its honor would be Deshmukh’s resignation from the post of Home Minister. But, the final decision on this issue will be taken by Pawar only. The NCP has called a meeting of its senior leaders in the national capital on Sunday evening to consider further action on the matter.

He said, efforts are being made to destabilize the Shiv Sena-NCP-Congress government in Maharashtra, but these will prove to be futile. Asked if Anil Deshmukh will be removed from the post of Home Minister, Sharad Pawar said, Uddhav will discuss with Thackeray.

Former Mumbai Police Commissioner Parambir Singh wrote a letter to Chief Minister Uddhav Thackeray accusing Maharashtra Home Minister Anil Deshmukh in connection with the case of explosives laden vehicles near the residence of industrialist Mukesh Ambani. Parambir Singh alleged that Deshmukh had told Waje that he had set a target of recovering Rs 100 crore every month from bars, restaurants and other such establishments. Half of this amount is to be recovered from 1,750 bars running in the city, restaurants and other such establishments