Sonia Gandhi calls upon party leaders, discipline and solidarity will have to be shown, targets BJP 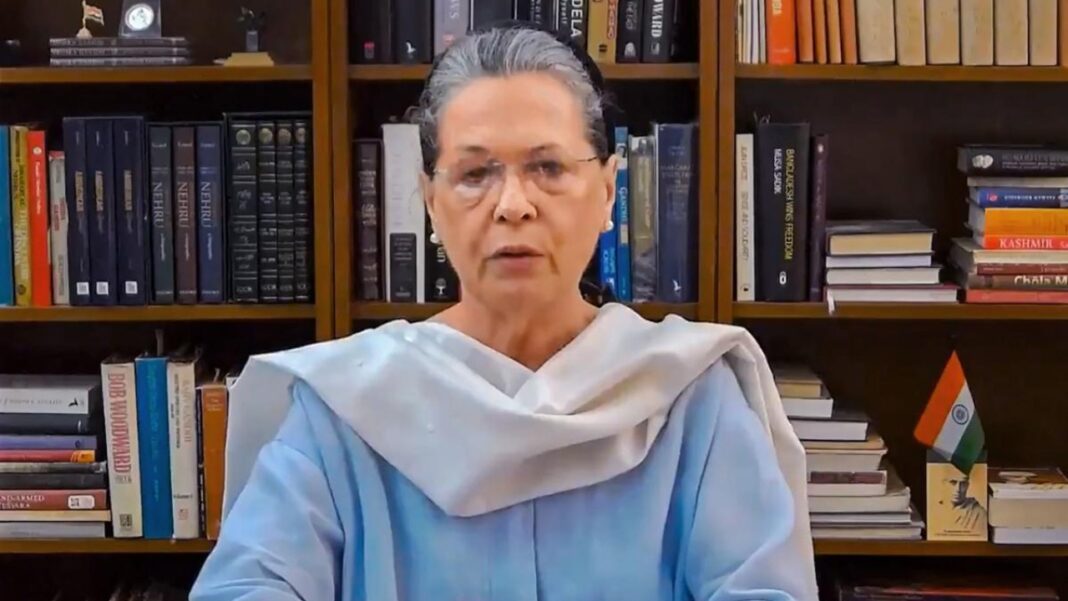 In the meeting of the the interim President of the Congress, Sonia Gandhi said that the Congress issues statements daily on important issues related to the country, but my experience is that it reaches the grassroot workers. I see a lack of ideological clarity and solidarity among state level leaders on policy issues. She said that we have to counter the malicious ideology of BJP-RSS. We have to show discipline and solidarity.

At the same time, Congress leaders Rahul Gandhi and Navjot Singh Sidhu reached the AICC headquarters in the meeting. The meeting was also convened to discuss the membership campaign, public awareness campaign to be started on the issue of inflation and preparations for the assembly elections to be held next year. Apart from this, Lok Sabha MPs Adhir Ranjan Chowdhury and Navjot Singh Sidhu were also present in this meeting.

Significantly, assembly elections are to be held in five states of the country next year. In this, assembly elections are to be held in UP, Punjab, Goa, Manipur and Uttarakhand. Out of these five states, there is a Congress government in Punjab. The Congress will try to capture the power of the state again. In the past, there was a huge political ruckus in the Punjab Congress, due to which the opposition got an opportunity to target. The Punjab Congress and the changes in the government there caught everyone’s attention.

Referring to the assembly elections of five states, Sonia said, “In the coming months, assembly elections are going to be held in five states. Congress party workers and leaders are gearing up in these states. Our election campaign should be based on concrete policies and programs that have come out after discussions with all sections of the society. “