Srishti Goswami took over as one day Chief Minister of Uttarakhand, See photo 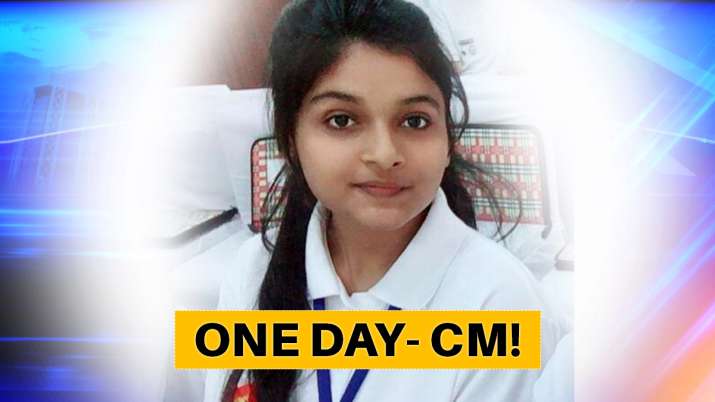 On the occasion of National Girl Child Day, Srishti Goswami of Haridwar held the post of CM of Uttarakhand for a day. After reaching Dehradun, Srishti took over as Chief Minister for a day in the Bal Vidhan Sabha. After becoming Chief Minister, all the MLAs and officials greeted Srishti. After taking charge of the Chief Minister, the Vidhan Sabha started where the departmental officers presented their department’s review report.

After this, Chief Minister Srishti Goswami requested the Leader of the Opposition that if you have any questions, they should put it before the government so that they can be considered. Usha Negi, Chairperson of Child Protection Commission and Minister of State for Higher Education Dhan Singh Rawat were present in the program.

19-year-old Srishti Goswami hails from Daulatpur village in Haridwar and is a seventh-semester student in BAC Agriculture (B.sc Agriculture) from BSM PG College, Roorkee. Her father’s name is Praveen Puri. Who has a small shop in his village and mother Sudha is a worker in Anganwadi.